So many adventures, so little time.

It’s been long enough since these two races happened that I don’t remember a lot about them to report other than copious amounts of sweat, dirt, and heavy breathing.
I’d been conflicted about whether to race the Colorado XC State Championships in Eagle or to race the Beti Bike Bash back on the Front Range. I ended up going to Eagle because I’d never ridden there, and it avoided taking a day off of work (the Beti Bike Bash was on Sunday in Bear Creek Lake Park where I raced my season opener).
Other than having a hard time finding the start line, the Eagle Race went extremely well. I only had one other singlespeed competitor, and I won by a few minutes. 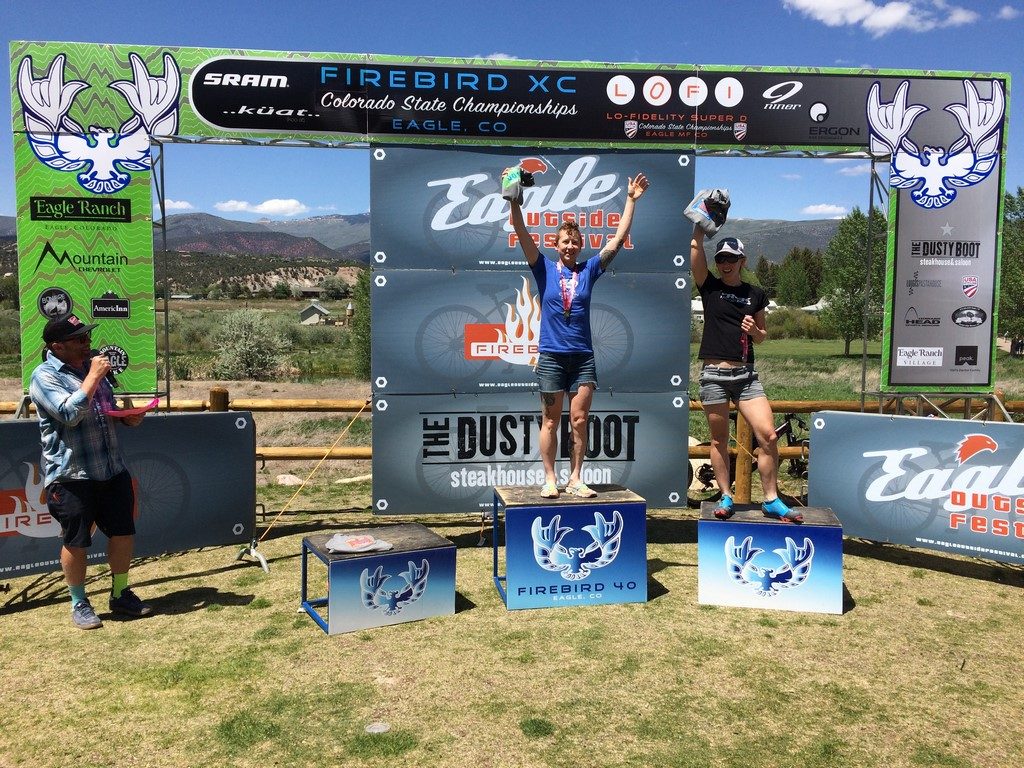 While I was waiting for the podium, I ate the only restaurant meal I’ve purchased since I moved. If you only do it once every few months, $14 for a burger is totally worth it. 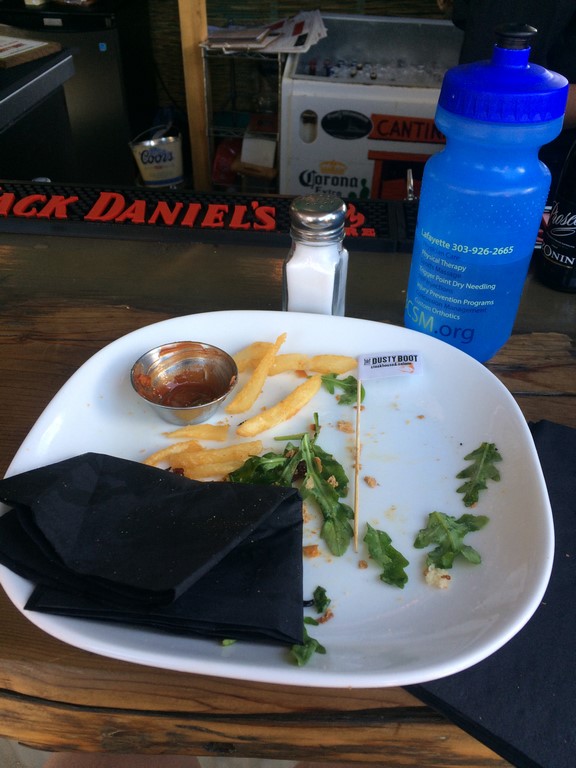 I wasn’t planning on attending the GoPro Games. It’s a huge freaking circus of vendors and various “extreme” sports lodged in a whitebread resort town… basically the sort of venue I avoid at all costs. However, I happened to look at their website early in the week, “just to check it out” and noticed that the singlespeed category was getting PAID. $500 for a win? Yeah, I’ll deal with the other crap to have a go at that. I also knew that sort of payout would bring out some competition, but, given my power numbers from the Eagle race, I felt ready to take on anyone.

Two other racers were at the start- Gretchen Reeves and Sara Sheets. That’s about as high as you can stack a 3-person singlespeed field. When we took off, I got the holeshot up the first hill and on to the singletrack 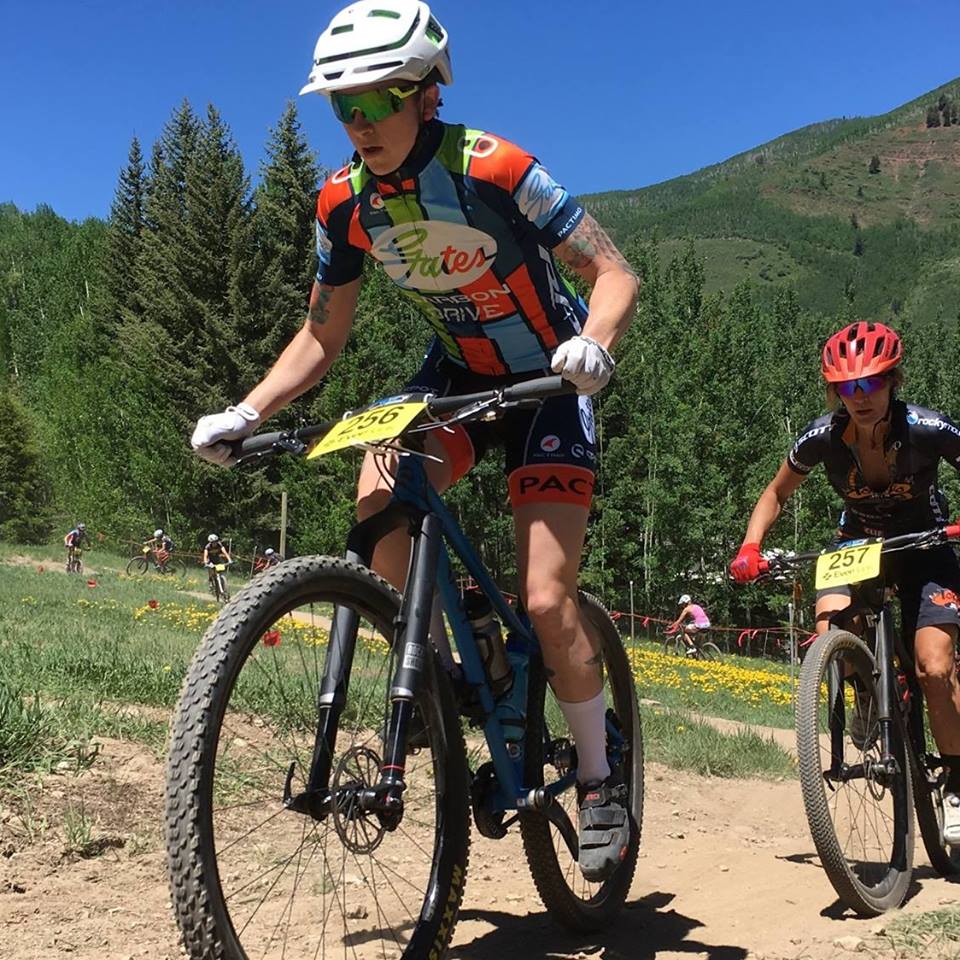 Gretchen came back with small attacks at the top of the first couple of short climbs, edging ahead of me to get into the downhills first. I definitely wasn’t rubbing her back tire down those, either. She was pinned. We started up the long climb of the course, and I ever-so-slowly pulled ahead. Again, the powermeter was clutch for pacing.
The course switchbacked several times, and each time I’d turn and look back, Gretchen was a tiny bit further back. I got to the top of the long climb and hauled ass back down. Once I started in on the second lap, I didn’t see Gretchen anymore, but I kept it in my head to not let up because she was RIGHT THERE.

I rode the entire lap with the mental image of her chasing me down if I slowed at all (my power was a little higher up the long climb on the second lap). It paid off… 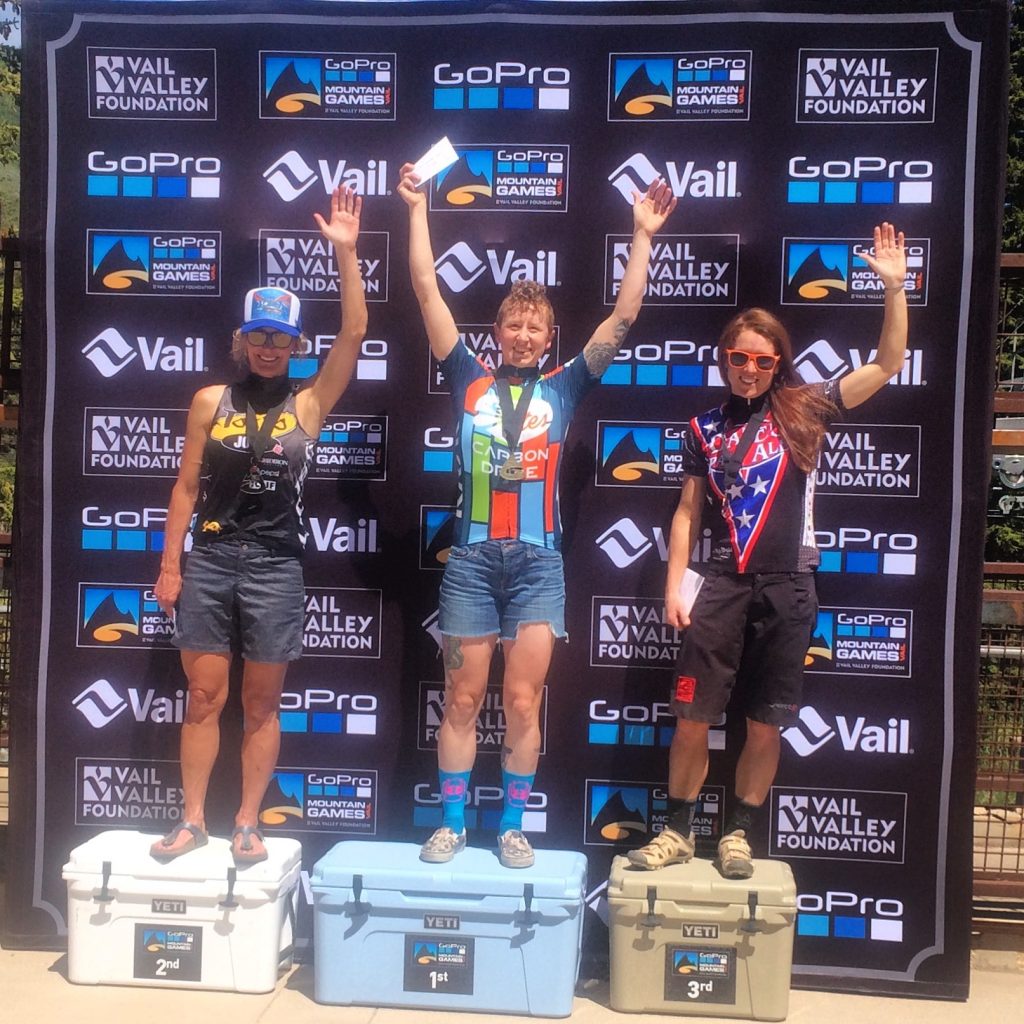 I think a big part of my success this season is having good sponsors to work for. Gates and Spot have given me some really good stuff to go out and hammer on. And, while SRAM isn’t “officially” a sponsor, that RS-1 that I’ve ended up loving more than any other fork in the world was the answer to my “I want to try an RS-1 if I can get one for free” plea. It also helps that I’m in a city I love. It’s almost like the layer of stress I felt in the crowded Front Range has converted into a layer of power living in Salida.

The adventures here are unlimited. Like I referenced before- it’s hard to not go out for an all-day exploration the Thursday before (or the Thursday after) a race weekend.