The final stage of the Epic was an “easy” course day, with only around 3500ft of climbing. At last night’s singlespeeder get-together at the burrito place, most of the guys agreed that today was a parade lap- sort of like the last stage of the Tour de France, but with PBR instead of champagne, and no sprint at the end.

Jen and I talked a little at the start. It was kind of an “I’ll race if you’re racing” thing, but we ended up just hanging out & riding together at a pretty easy pace for the duration of the course. We had our battle yesterday- She didn’t really let on to how she felt, but I was pretty wrecked. So, she was nice on the climbs, and I ceased to descend like I had a death wish. We stopped at the Boreas Pass aid station and took a shot of Maker’s Mark. It made the final descent- a slightly rocky & gnarly jeep road- a little more interesting.

After hanging around at the finish and watching some more racers come through, I headed back up to the condo to un-chamois and eat some lunch. It’s now that I’m sitting around back at the condo with nothing to do that I realize I can act like a normal person for a few days instead of worrying about getting an afternoon nap, getting enough post-race calories, getting the right type of calories, getting plenty of electrolytes with my water, making sure my bike is ready for tomorrow, or whatever else it is that needs to be taken care of the afternoon following the other 5 stages.

I’ve got 2 more hours to kill before the last awards ceremony and nothing to do but think about what a great week of racing it’s been. I think I’ll have a beer. 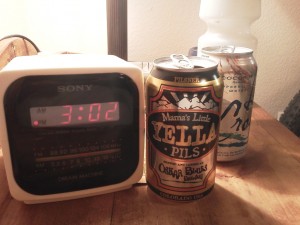 Posted in Bike Racing, Out West Trip
Hi, I'm Andrea! This blog is a journal of the highs, lows, and challenges in my constant search for adventure