You may have noticed that my race report was absent following the previous Winter Park race weekend (way back on the 9th). I went to bed the night before with a slightly sore throat and woke up the next morning feeling like five pounds of shit in a 10-pound sack. I still raced, and I still won singlespeed, but I didn’t have the punch to pull off another overall win, finishing 3rd out of the women’s starters.

The next day, I went to my second ever jujitsu tournament. It was pretty small compared to the previous one, meaning I only had one other person to compete against. My lone competitor was fierce, but I won the first match via armbar and the second via triangle, giving me the gold. 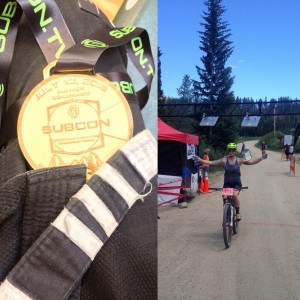 I’m testing for another stripe on the belt Thursday night, and I’ll be racing again at Winter Park this weekend.

I have to admit, I’ve somewhat lost my drive to do any sort of organized training plan. The dis-organized riding here is so great that I basically hit up Valmont Bike part before work a couple of days a week and try to get out for some sort of longer adventure on my two days off and Sunday mornings before work. The result is a general tapering off in fitness gains, but a gradual onset of awesomeness everywhere else. So, I’m not too concerned about it.

Since the last time I posted, I’ve ridden a big loop at Buffalo Creek, including the new Little Scraggy trail (sorry, no pics), I’ve taken Brandon, the service manager at the shop who just moved from Chicago, up Mt. Falcon and down Lair of the Bear, explored the Bard Creek trail with Jake, and went on a pre-work trail hunt with Clayton (which also resulted in nabbing a Boulder Strava QOM as we were hammer-down descending back to the shop, trying not to be late).

If you have ever lived someplace else besides Colorado, and then you move here, it gives you a whole ‘nother level of appreciation for the fact that, in an hour and a half of either riding or driving from the house, you can be in some pretty amazing places.

The Bard Creek trail is one of those places. Jake and I made a shuttle out of it, parking a car in Empire, and driving another to the Herman Gulch trailhead. We found out rather quickly that, while the trail is 100% legal for cycling, it is 100% a hiking trail. Most of the trail was extremely narrow (that is, in the places where the trail actually existed as more than just a sight line between cairns) and extremely steep. It also runs mostly above treeline (from about mile 1.5 to mile 10.5), making it as awe-inspiring as it is aerobically challenging.

I’m not exaggerating when I say that we likely hike-a-biked for 7 of its 15 miles. Our average speed was 3.6 miles per hour. You can see the map on Strava: https://www.strava.com/activities/651266584/overview

That’s about as solid of a trail as you get up there. The rest was cairn-hunting and following a GPS track on Jake’s Garmin: 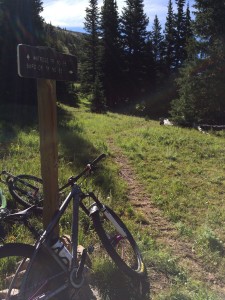 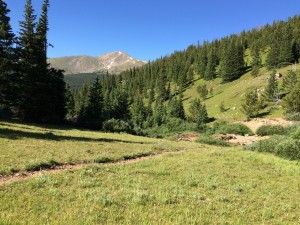 You know you’re way up there when the elevation makes your Gu packaging all puffy: 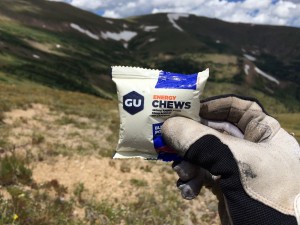 A high Alpine lake… you almost can’t tell that there’s water in it because it’s so clear: 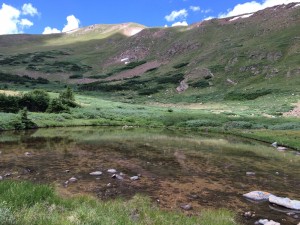 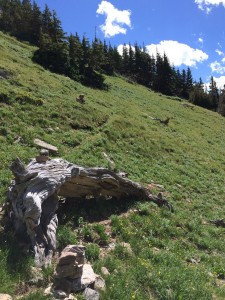 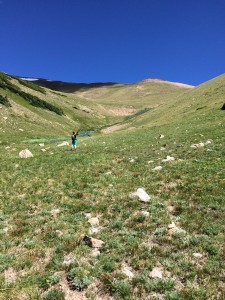 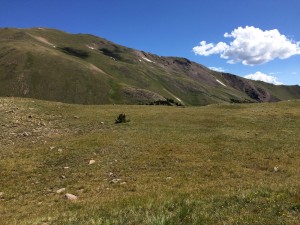 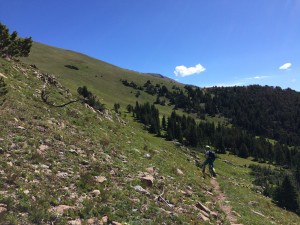 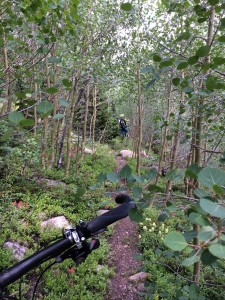 The final big view of the day on Empire Pass. It’s pretty amazing that the entire time, we were so incredibly isolated, yet never too far from a major interstate: 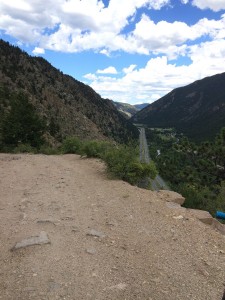 It’s hard to convey in pictures and words on the internet the feeling of being in such a remote and beautiful place so close to where I live. It’s like every day off is a single-day dream vacation.

Working doesn’t suck, either. I periodically get to be a bike wizard/hero and save someone’s vacation/race/charity ride… 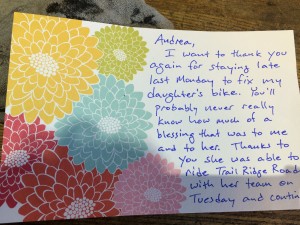 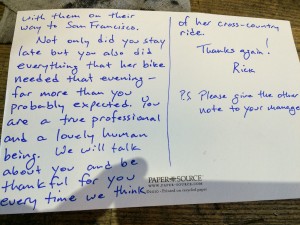 …not trying to brag with the postcard pics…

I just know that posting them here will make my mom happy.