Leave it to me to pick the National Championships race as my first singlespeed race. (I guess it makes about as much sense as aiming to do the Breck 100 as my 2nd one)

Breckenridge is a cold place at night. After a couple of nights of tossing around in the combination of cold and altitude, a hot mug of coffee and a cheese omelet at the Blue Moose on race morning were my savior. 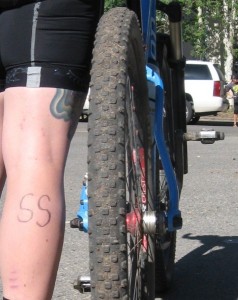 We were early enough that I had plenty of time to get prepped and warm up a little before getting into the starting area. I’m not gonna lie- I was nervous. The other women looked fit. A lot of them were locals that were familiar with the trail (and the altitude). I still felt like I could do well, so my heart was racing before we ever had the signal to go. 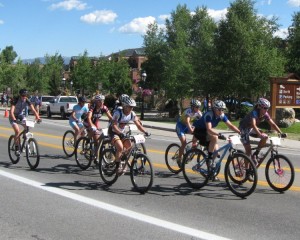 Once we were off on our first of two 25 mile laps, one woman took off on the first climb. I knew better than to try and follow her- if I blew up in the first 5 miles, the remainder of the race would be Hell (in a bad way). So, I paced the other women. Once we were on singletrack, things seemed to spread out a bit. We hit the next climb thats steepness forced us into a combo of walk/ride. A woman from Colorado Cyclist disappeared, and I was left leapfrogging with a Bach Builders rider.

After the Hell that was the French Gulch climb, I noticed that she was spinning a slightly higher cadence than me- she could stay on her bike a little longer on the worst climbs, and I was overtaking her on the flats and descents (I was on an 32×20 and she a 32×21). The last part of the course after French Gulch had few steep grades (both up and down), a long upwards grade (the two-way section), and a long descent back in to the start/finish area. At the end of the first lap, I had a good lead over her. I knew that if I could be ahead after French Gulch that it would take a heroic effort on her part to stay with me.

So, that’s exactly what I did. I made sure to pace myself going into the 2nd lap. She caught back up to me on French Gulch… which, by the way, was one of the most painful experiences of my cycling career. Apparently, it topped out over 11,500 feet (according to the “locals”), was covered in baseball-sized rocks, and was unbelievably steep. Every muscle in my body was anaerobic and screaming for mercy, but I knew that I could not let her get ahead of me. I’ve never felt anything like it in my entire life. All I could think about was how much the pain would be worth it in order to stand somewhere on the podium.

We reached the top at the same time, and I hopped (crawled?) on to my bike and jumped in front of her onto the singletrack. All I could think of after that was to just keep spinning as fast as I could, stay off the brakes, and let the gear and the descents take their course. Once I got up the final “two-way” climb and started the last descent, I knew that I just needed to ride smart in order to hold my place. (OK, so I put my race wheels through some things that race wheels should probably only be subjected to in “race” situations.)

Who am I kidding… I rode with little regard to my own safety. It’s Nationals for Devil’s sake…

I ended up finishing in 5 hours, 28 minutes- good enough for 3rd place. I am totally stoked. Not that I don’t want to win, but I know there’s no physical way I could have gone faster than I did. 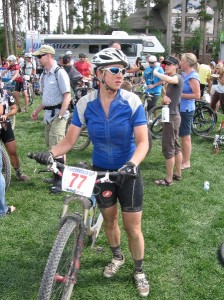 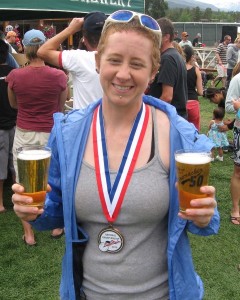 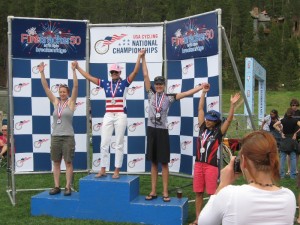