Though I’ve been out of Memphis for 3.5 months now, I’m still getting involved with the stupid stuff that happens there. Namely, this: Stanky Creek Time Trial

If you click that link and read the race flyer for the Stanky Creek TT, you’ll see that women don’t get an actual race. They race their respective categories, against dudes. It’s not even about equal pay at this point… it’s the fact that there’s not even a WOMEN’S CATEGORY. The promoter could break a limb off a tree and write “winner” on it or find a pair of crappy socks in the LBS bargain bin… whatever. That’d be shitty, but at least there’d be some sort of recognition that yes, women actually exist, and sort of matter. A friend of mine from Nashville (part of the Tennessee Women’s Cycling Project) brought this up on Facebook and questioned the race promoter about it, and this was the response:

“It could be debated all day long and from all points of view, but we did what we felt was the most fair and the most economical. We would love your feedback and the feedback from all the women after the event and will consider it for next year.”

After further talking with the promoter, he admitted that the women’s categories are always a loss of money, so if she could find a sponsor herself, he’d make a women’s open time trial. I immediately jumped on the offer and put up the $60 required to make a ladies category. She told him that the money was gathered and that the sponsors would be Brickhouse Racing and Just Riding Along on Mountain Bike Radio. He then refused to put anything on the flyer that had to do with me. Apparently, we’ve had some sort of differences in opinion in the past (that I don’t know about). He later told my friend that he didn’t want her money and that he’d make a women’s open race without it, but they’d only get a payout if at least five women showed up. They’re still trying to work out an amicable solution, but she’s prepared to take the money and give it out herself, despite his wishes.

That’s a load of garbage right there. I don’t really care about not getting recognition. I’m just glad that the women are going to get treated fairly, one way or another. We talked a little bit about it on a special episode of Just Riding Along with special guest, Amanda Batty.

Here’s my afterthought- Women’s categories at races may just add up to be another expense, but they’re soooo necessary. Think of it like this- if you’re a promoter, you wouldn’t NOT have portapotties at your event, would you? No. They’re an expense, but a very necessary expense. One that you expect to have. One that you plan for out of respect and comfort for the people who come to your race. I hate comparing women’s racing to a porta-potty, but THAT’S how necessary it is to have a women’s category at your race.

On a totally different note, at 4am this morning, I awoke to what sounded and felt like someone, or something, was stomping around on top of my RV-house. The noise continued, the RV shook, and I realized that there was a bear raiding the garbage cans that sit directly behind my bedroom wall. I looked out the window to see, no more than a few feet away, a large black bear was dining on a bag of garbage. He heard my window open and darted off with the bag in his mouth. A few minutes later, he returned for seconds. I yelled at him from the window, and he ran off for good. Black bears in Colorado are way bigger than the large dog-sized bears in Arkansas. 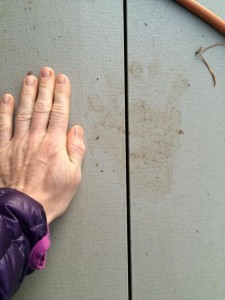 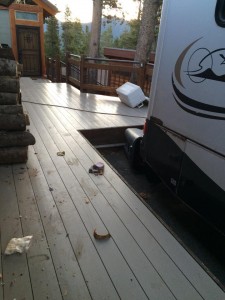 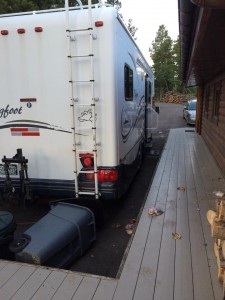 One thought on “Getting in to the Garbage”