Since my days off from the shop are Thursday, Friday, and Saturday, I have quickly formed a tendency to do something a little “out there” on Thursdays, despite having a race on Saturday. Last week, it was another Rainbow Trail adventure.

If you recall from a recent post, I explored a section of the Rainbow Trail that people generally avoid due to an extended hike-a-bike. After figuring out that I’d gone the “wrong” direction before, I decided to go the other way on this outing.

The skies had been a little threatening most of the morning before I left, but I decided to pack a rain jacket and take my chances anyway. The trails here are super dry now, and any moisture that falls gets soaked up super fast. I headed up county road 110, hitting the Double Rainbow trail along the way. Once I made it to the Rainbow Trail, I started the walk. 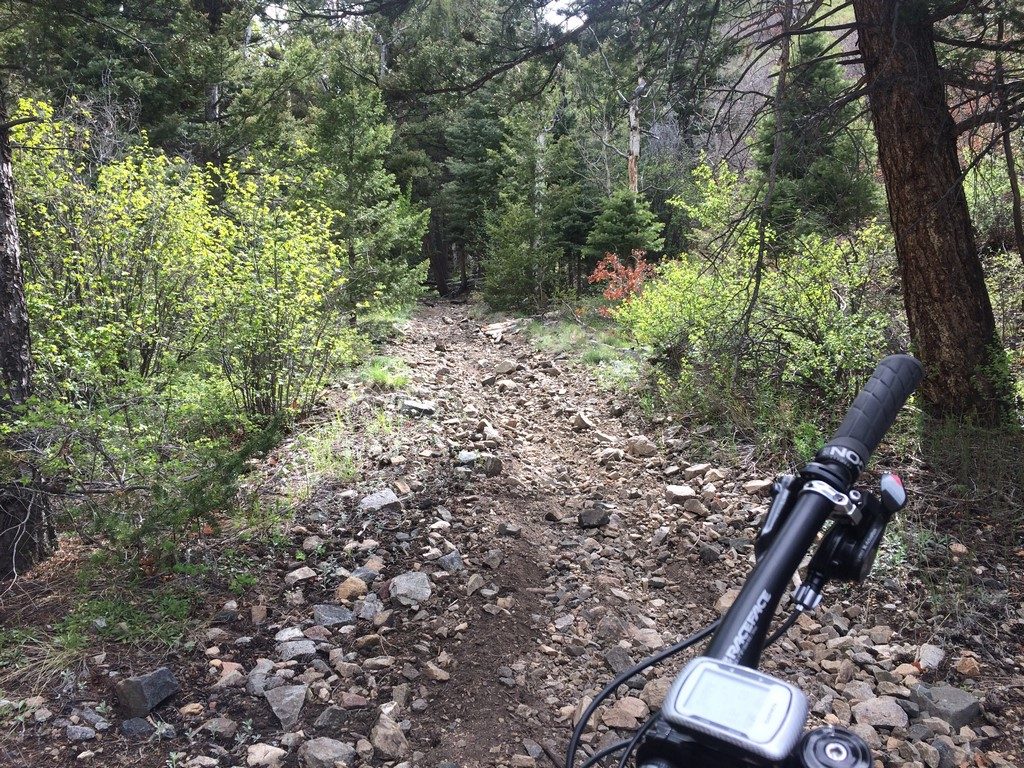 There are a couple of spots you can ride, but they are brief. 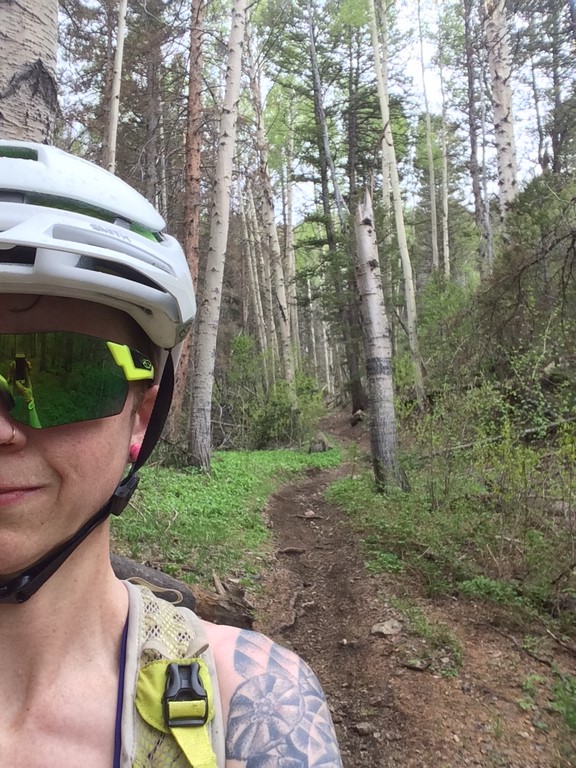 It rained steadily for about half of the hike up. I was prepared, though, and thoroughly enjoyed being at the top of Poncha Mountain at the exact time that the sun re-emerged. 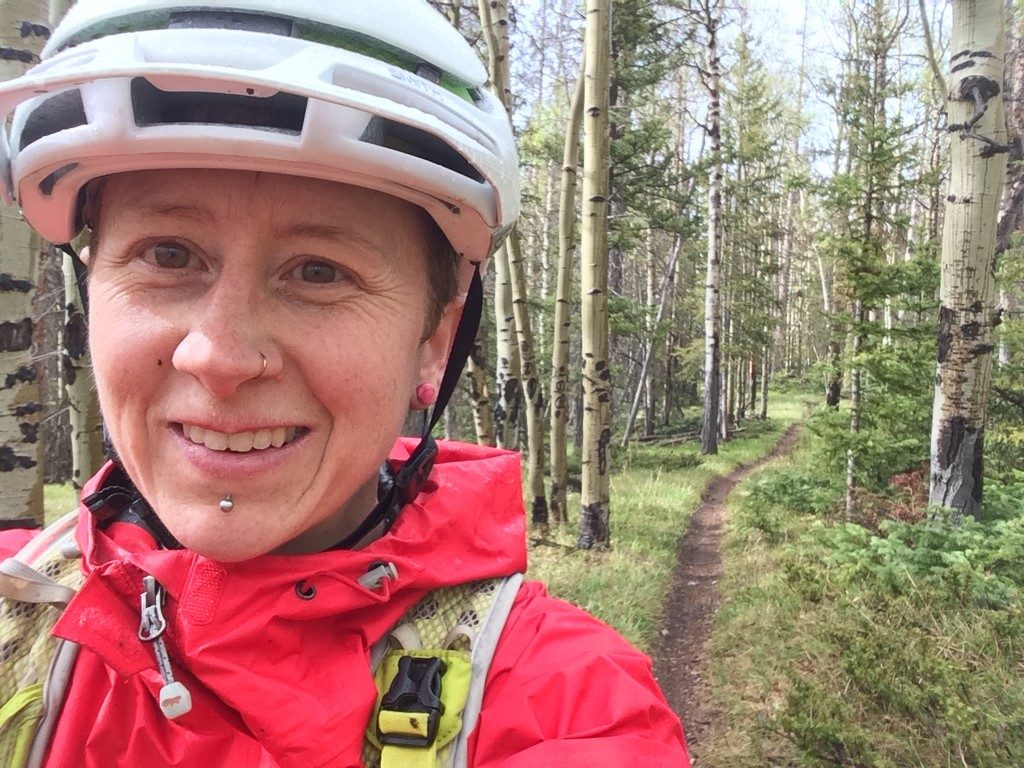 The aspens up there are hardly believable. 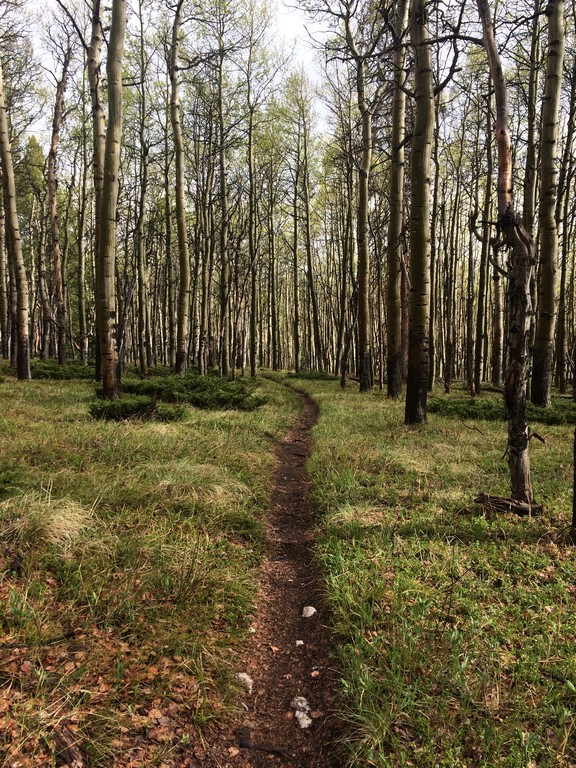 I have no pictures from the descent, because I was having too much fun. I will say, though, the view of Mt. Ouray on the way down nearly wrecked me with distraction.

I bonked a little on the way home and drank the last of Leah’s almond milk in a recovery shake so I wouldn’t die all the way before I was able to make real food. A ride that includes two and a half hours of climbing isn’t my usual “thursday before a race” routine, but sometimes I just can’t help myself.

Posted in Trail Riding, Trails, Training
Hi, I'm Andrea! This blog is a journal of the highs, lows, and challenges in my constant search for adventure