I almost don’t know what to write here.

Seriously… I’m constantly coming up with all of these deep thoughts and ruminations while I’m either driving to work or riding the trainer, then I finally get a spare hour to type them all out and I’m like, “uhhhhh… I’ll just post a bunch of cool photos from my phone.”

I wanted to write something deep about mountains, motivation, occasional depression, and my impending 35th birthday, but it’s hard to figure out how to combine them all in to one coherent post. I had it all figured out in a series of morning commutes to Boulder, but now the organization escapes me.

I spend a majority of my commute time on CO Highway 93. It parallels the Foothills between Golden and Boulder, and runs on the top of a mesa a few hundred feet above the surrounding cities, so the view is one of the most spectacular ones you could ask for on a commute. It’s a constant reminder of my time in the mountains last summer. I’m hopeful that I’ll get to repeat at least a few of those adventures this summer and maybe add a couple more to my memories.
I think anyone who reads my blog can relate, but seeking out things in nature that leave me awe-struck is like an addiction… looking for awesome moments. And, I don’t mean “awesome” like in a Ninja Turtles/Bill and Ted’s Excellent Adventure sort of way… I’m talking like the dictionary definition sort of awesome.

awe·some
/?ôs?m/
adjective
extremely impressive or daunting; inspiring great admiration, apprehension, or fear.
“the awesome power of the atomic bomb”
…Like the time I narrowly escaped a lightning storm on Rollins Pass, or when I went up Kingston Peak and discovered wind that picked my bike up off of the ground while I was trying to hike-a-bike. They’re those times when you realize that there are places where, as much as they’ll never admit to it, humans won’t permanently impose themselves into because Mother Nature is still in complete control.
I’ll go back up there at some point, but for now, my adventures stay close to home so I can take care of little Indy. He’s turning 16 just before I turn 35. He’s still truckin’ along, albeit he’s equally as blind as he is incontinent, and he’s all the way deaf. He seems content to stay in his pen in the yard when the weather is nice, but I never leave him for too long. He’s at close to half of my Instagram feed if you want to see his cute old man-ness.
The other half is fun and interesting things from the bike shop. Since we just had a spring snow storm, this weekend was renovation time. I got a new and improved work space. 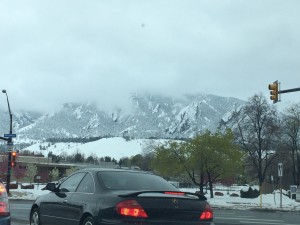 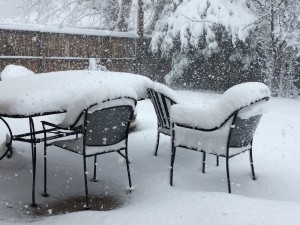 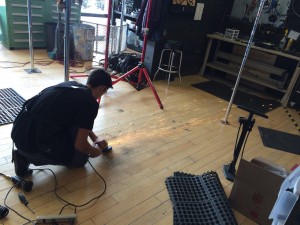 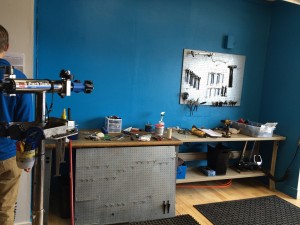 We’re finishing it up today. I’m pretty stoked.
Outside of snow days, my coworkers and a few dudes from the shop-sponsored team are doing Sunday morning Flagstaff rides from the shop. The climb up Flagstaff is wonderfully difficult. It’s steep and only gets steeper as you go up. 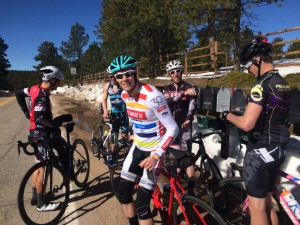 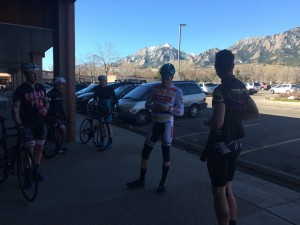 The riding out of Boulder seems to be pretty amazing. I’ll probably end up with some good pre/post work/days off road miles from up there. As much as I hate to admit it, it’d be rad to live in Boulder. However, like most mountainside cities, the cost of living there is way higher than what your average service worker makes at her/his job. Matt wrote a really good post for Mountain Bike Radio just the other day about what mechanics are expected to know/do vs. what they’re paid: MBR Opinion-What’s your Bike Mechanic Worth?
It’s frustrating and a trigger of more than one depressive episode. How? I recently pulled a calf muscle. I’d love to go to a one of the kickass doctors and PTs in this area. However, I have high deductible insurance. So, while I won’t go broke with a $3500 maxiumum-out-of-pocket if I were to fall off a cliff tomorrow, I’m definitely not spending my savings on a “luxury” like seeing a doctor for a pulled muscle. Luxuries should be things like weekly sushi dinners, $7 chocolate bars, and occasionally buying paper towels at Whole Foods because you don’t want to make the extra stop at King Sooper’s. Instead, luxuries have become things like “medical care” and “being able to live within a 20-mile radius of my workplace.”
Ugh.
I won’t complain too much, because I am doing what I love, which is more than what I can say about a lot of people who live where they want, have super duper health insurance, and frivolously spend $20 on paper towels at Whole Foods. Most mornings, I’m pretty excited to go to work. I feel that that’s a pretty rare state for most people.
Speaking of the bike industry, if you follow my Twitter account, you may have seen the recent posts about #pulleygate. Basically, one of our JRA listeners figured out that SRAM Ceramic Hybrid derailleur pulleys only have one ceramic ball bearing in them. We found this to be humorous, because, let’s face it- that technically is a ceramic hybrid… just not in the form that 99.9% of consumers would expect. 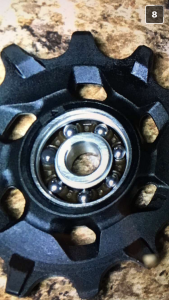 After a few posts, Ed Nasjleti from SRAM (who I’ve know from back in the Team Kenda Tire road racing days), hunted me down and called me at work to discuss #pulleygate. Turns out, the one ceramic ball and six steel ball model isn’t a consumer-deceiving ploy to save SRAM money on ceramic parts… it’s to give you the dirt-grinding advantage of ceramic combined with the less frequent maintenance schedule of steel. He saw my point, I saw his, and we spent another 25 minutes discussing other random and interesting bike tech. It’s always fun to talk to someone who has been in to bikes since before you learned to ride one.
Skipping back to the pulled calf muscle thing (I told you I wasn’t feeling the organization this morning)- That happened a few weeks ago at the gym. I basically overdid it a few days in a row. My left calf kept being sore (but just like “did a hard workout” sore) until it finally got “limping” sore and started to develop a lumpiness to it just behind the tibia. I’ve had to back off to no Muay Thai practice (since that’s mostly bouncing around on your toes), and technique-only drilling in Jiu-Jitsu. Because of that, I’m not going to compete in the May 14th State Championship tournament I’d planned on going to. I need to heal up and rehab it before I go tournament speed on it. 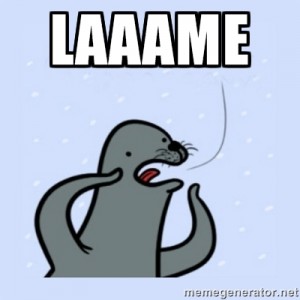 It’ll be OK eventually. I’d just like to stop injuring the left side of my body, though. Two years ago it was my hamstring, now it’s the calf. I’m getting way too much experience with pulls and strains.
Despite the injury, bike training is still going pretty well (it doesn’t seem to bother the injury). I’m about to put the wraps on the eight week “General Build Plan” offered by TrainerRoad. I’ll re-test myself in a couple of weeks and figure out which “Specialty Phase” programs to use to peak for summer racing. I’m looking forward to smashing some singlespeed pedals in the near future.
P.S. I have no idea what sort of fuckery WordPress has done to make hitting the return key no longer put spaces between pictures and paragraphs. So, sorry this post looks like crap.
Posted in Around the shop, MMA, Training1 Comment

One thought on “Mountain Ramblings”