Nearly two weeks ago, it was re-enforced in my brain that people’s memories about the difficulty of a trail system are highly subjective and very skewed towards the difficult portions of said trail. I’d been warned repeatedly of the tech that awaited me in Gunnison and had people freak out a little when I mentioned that I’d be singlespeeding it. 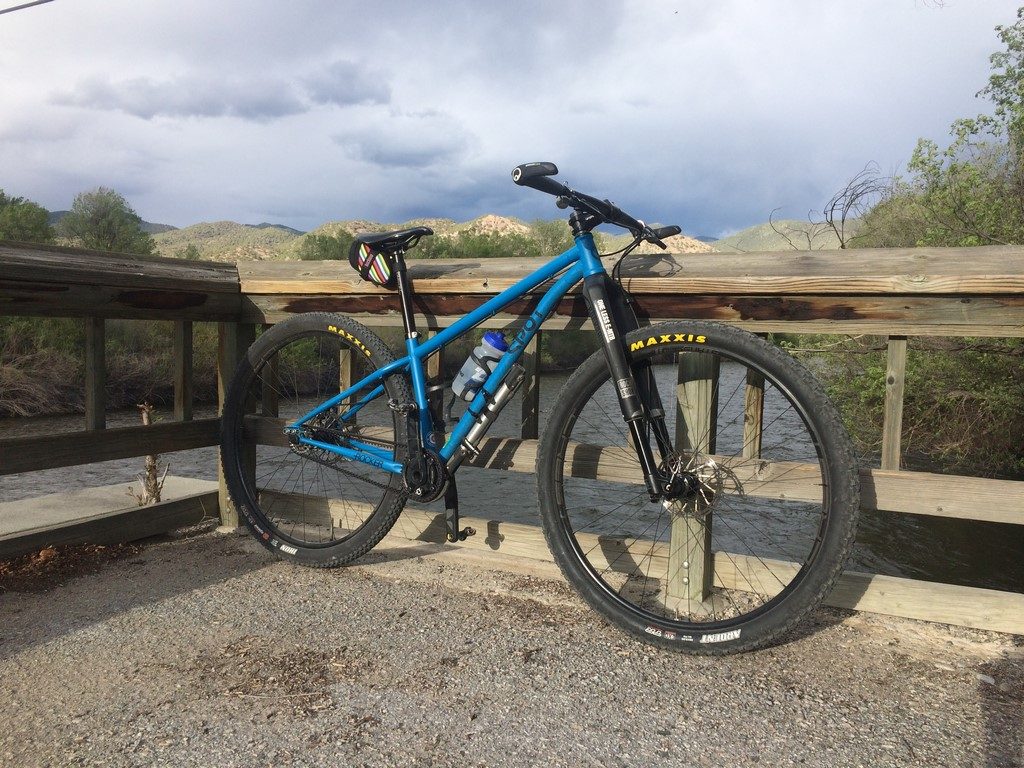 The Gunnison trails used in the Gunnison Growler course are mostly buff, smooth dirt. If I had to guess a percentage, I’d say 90% of the course was silky smooth, flowy, bermy sage surfing. The other ten percent is where the trail crosses a rock formation- probably ten to twenty feet at a time’s worth of rock garden navigating. Apparently, those rocky punctuation marks in the trail burn a lasting impression in to people’s brains moreso than the silky parts, because based on the descriptions I’d heard, I was expecting it to be the the other way around.

The difficulty in the race for me was singlespeeding it- not because of the terrain itself, but because the race started with the bane of all singlespeed existence: the “neutral” rollout.

A “neutral” rollout is where you’re in spin-coast purgatory, burning matches at 120rpms and hoping to hell that you don’t get spit out the back of the group as the lead vehicle gradually accelerates to speeds that far exceed your (and even a lot of geared riders’) ability to hold on. According to people I talked to following the race, the “neutral” rollout from town to the race course ~4 miles away was rolling in excess of 25mph for the last two miles. Needless to say, my belt-drive equivalent to 32×20 gearing had me riding off the back for a mile or two before hitting the dirt.

What I’m getting at here is that the combination of a fast rollout and an additional bolus of less competitive riders on course meant that I hit the singletrack with people who tended to granny gear the climbs and walk the technical spots. No bad vibes to them… they were doing alright and having a good time. They were pleasant to be around and generally courteous. However, I went in trying to race, and, for the first 32 miles of dirt, was in a conga line of 10-20 people, and couldn’t. I’d try to pass a person or two, only to have them pass me back on the intermittent dirt roads in the first half of the course. The second half of the course, there just wasn’t room to pass 5-10 people at a time without being a jackass.

I re-adjusted my expectations somewhere on the first lap and rolled in to the pit area feeling nice and warmed up, ready to kill my second lap of much more open trail. The second lap was pretty great. I had free reign over the climbs and rode most of the technical stuff. Other than the rollout, the course is pretty great for singlespeeding.

Back when I’d entered the Growler, I didn’t know if I’d have a team bike ready or not, so I’d just entered the Pro division instead of singlespeed (I was the only woman on a singlespeed doing the full version, anyway). I ended up finishing 5th in the Pro category. I didn’t think I’d get any sort of prize (the podium was 3 deep at the Saturday half), so I committed the pro-faux-pas of leaving before my podium presentation. I was already home when friend/COSprings singlespeed legend Dan Durland sent me this photo: 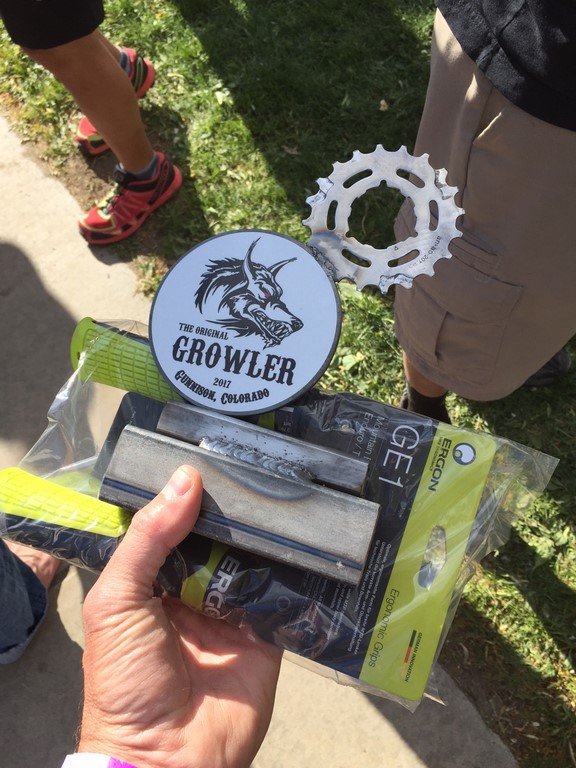 I don’t want to dwell too much on the race logistics that made the Growler less of a race for me (I’m just repeating them here because they’re pretty relevant to a race report post). It was still a fun time on a gorgeous, unique course. I still had a killer day of training- I left with tired legs and more skill than I’d started with. So, I consider it a success.

Posted in Bike Racing, Trails, Training
Hi, I'm Andrea! This blog is a journal of the highs, lows, and challenges in my constant search for adventure