Since I left Crested Butte, I’ve had to dial the riding back a bit (actually, my last day in Butte was pretty laid back relative to the previous week’s rides). I’ve been hanging around at the 92fifty Cycles compound, going for quick rides in Golden Gate Canyon State Park, eating delicious home-cooked food, and spending free time laying in my bunk relaxing in the Elevated Legs (if that sounds like a good time to you, keep an eye on their website or give them a call, because it’s a service they’ll be offering to everyone in the future. 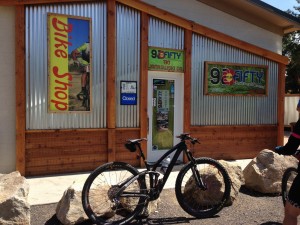 The riding right out their driveway is pretty amazing. I haven’t taken any pictures of it, but it’s a really cool mixture of technical and chunky rocks and smooth flowy stuff. Yesterday, Jon, Kyle, Debbie (a coaching client/customer of the shop), and I rode out to the park. Jon and Debbie split off to work on some skills, and Kyle and I played enduro for a while. Once we finished up, the grill was kicking and a bunch of friends came over for a Labor Day cookout. 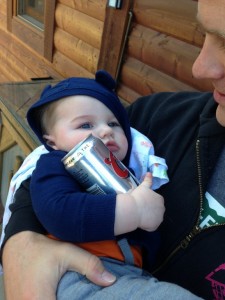 They’re serious about their Coors around here.

The rest of the afternoon was pretty chilled out. I went for a walk around dusk (which included a hand-held pepper spray in case a mountain lion came after me), then we had a fire and smores. 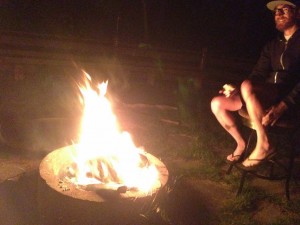 Today was another good taper day. It began with coffee and hanging on the porch with the animals- 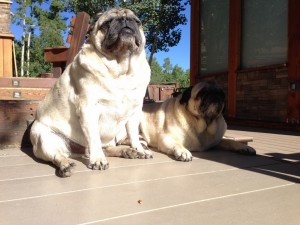 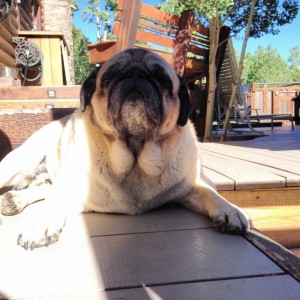 Rocko (who has his own house) 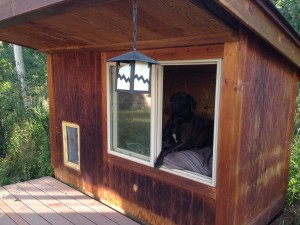 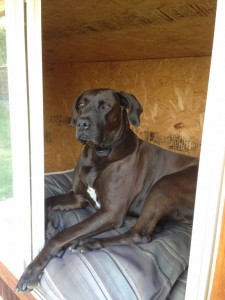 And this little dude, who was making laps with his cheeks stuffed… 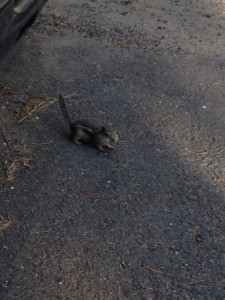 After another couple of hours in the park, I cleaned up, ate, and drove up to the shop to work on my bike. It needed some grease in the BB bearings (the ones that come stock in the Wheel Manufacturing adapter are apparently made in the same factory as Crank Brothers pedals). Also, the fork was giving me a rash. It wasn’t getting through all the travel (despite the air pressure being somewhat lower than what’s stated for my weight on the fork stanchion), and when I’d unweight the front wheel to get up obstacles, it’d make a “thunk” as it decompressed.

After the grease re-packing, I first checked the damper oil. The damper was warrantied by the shop a couple of months ago, and, turns out, only had 80mL of oil in the bath instead of 106mL. Once that was fixed, the thump was still there. I took the lowers off, and, while I couldn’t really measure what leaked out during the removal process, it did look more viscous than the 15wt that normally goes in there. Once it was back together, the thump seemed to be fixed. Tomorrow’s ride will tell for sure… I’ll be sure to find a hill that will (hopefully) utilize all of its travel.