Once the pizza sandwich and ginger ale were consumed, I got on the road to Crested Butte. I didn’t know much about the town other than what I’d heard about the amazing quality of trails in the area. Once I was settled in at the hostel (which is huge, and, compared to a trail town/hiker hostel, has a weird, transient vibe to it), I walked down to the main street to get dinner. I wandered in to a pizza place called the Secret Stash and sat at the bar for a pizza and beer.

Given it was Thursday night, the mood was relatively calm inside. I was nearly finished with my meal when suddenly a raucous crowd poured into the bar area. A lady got up on a chair and announced that she was the bar owner and that Bud Light beer was free tonight. People cheered and the wait staff started tearing in to boxes of Bud Light and handing out bottles to everyone in sight. My first thought was W.T.F. This is Colorado… why is everyone freaking out about terrible beer? 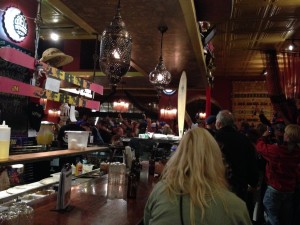 Well, apparently, the city council had just approved a “Bud Light takes over your city” weekend. I’ll spare the details provided by the waitress, but apparently it requires businesses to only serve bud light (for free) for that weekend, and includes a huge free concert as well as food and a half  a million dollars to the city. The townspeople were very divided, but in the end, the Bud Light supporters won out. Soooo weird.

The next day, rather than dive straight in to riding, I decided to take a much-needed recovery day (I’d already clocked 18 hours in the past 3 days, so it was time). I started out with a bacon “scromlette” from McGills (where I ended up getting breakfast every morning since they were open at 6am). 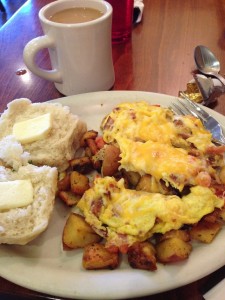 That was followed up with coffee and blog-writing, then a massage and a drop-in visit to a great chiropractor. After a quick lunch of leftover pizza, I figured it was time to deal with my tire that I’d punctured and tubed a few days before. I’ve successfully patched several tires, though it’s always involved using a bench vice. I had no vice, so I had to improvise with what tools were in my bag. 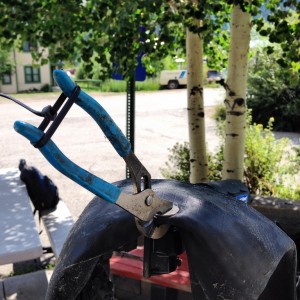 It worked like a charm, and I took tire and wheel to a local shop where it could be sealed and I could buy a trail map. After a trip to the one tiny grocery store in town (tip- if you go to CB and plan on grocery shopping, do it in Gunnison on your way in so that you avoid the stupidly high small-mountain-town prices), I decided it was time for a quick spin before sunset. I made a loop of the “lower” trails, which were very nice. 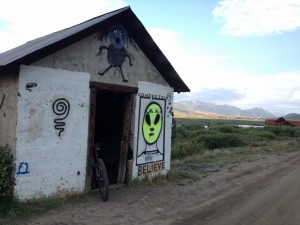 The next day, I wanted something a little more backcountry. I saw the Deer Creek trail on the map, and, based on its description of “classic CB trail,” I thought it’d fit the bill well. It was a long climb to get there, and more climbing once I was on the trail. As soon as I was on the trail, I started dodging relentless cowpies. I had to hike-a-bike some near the top, and it was more of the same- a half inch layer of poo and urine slime, churned into the ground by cow hooves. I got to the top and briefly talked to some people who agreed that the trail was grosser than they remembered. 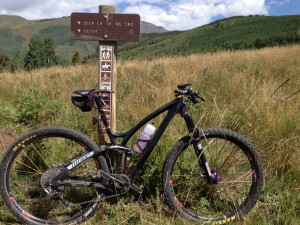 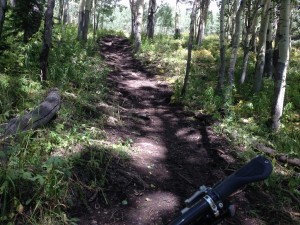 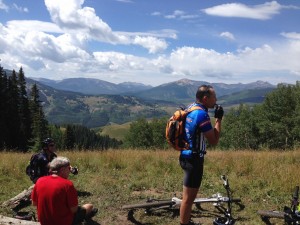 About 90% of the whole 9 miles of trail was like that. 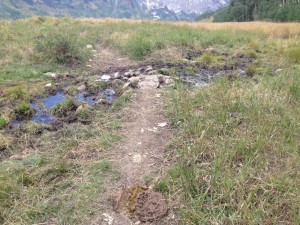 At least there were good views… 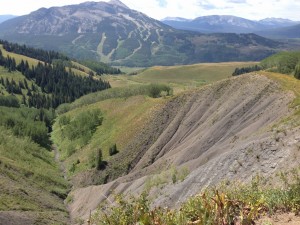 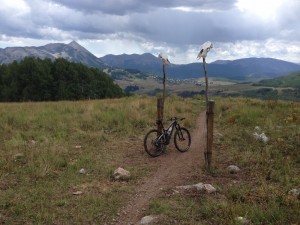 After my ride, I had a late lunch, laid around a bit, wandered around downtown, then had a nice dinner at the hostel. If I had to guess, I’d say there are more bikes in Crested Butte than there are cars. I borrowed one from a gal that worked in the hostel. It seems at though everyone has some sort of beater that they can just leave on any bike rack without someone bothering it. Awesome. 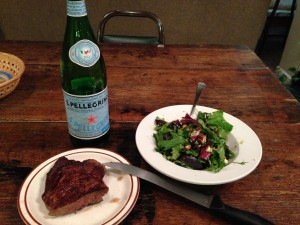 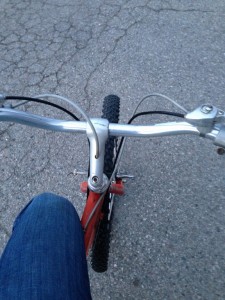 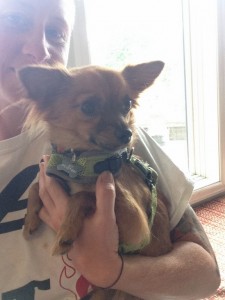 My next day ride was up to the 401 trail. The forest road up to the trail was surrounded by gorgeous scenery (notice the snow pack in the left of the first pic) 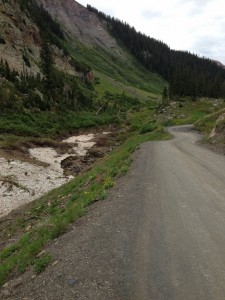 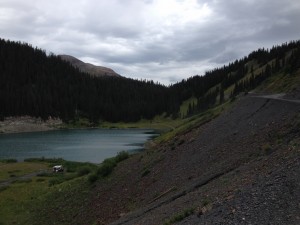 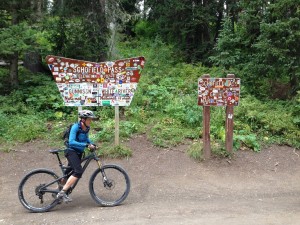 The trail itself was soooooo sweet 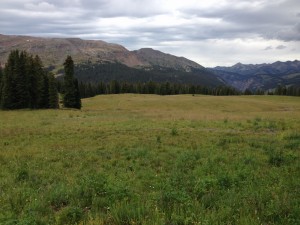 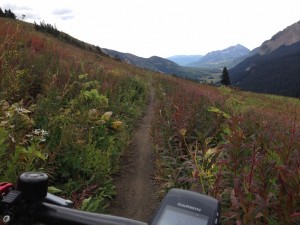 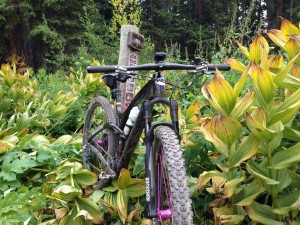 After my 401 ride, I had to pack and head north for my stay with the 9250 Cyclery guys. Random fun fact from the trip- the high mountains near Breckenridge have a fresh sheen of snow on top of them.