I think it’s been one of the busiest recovery weeks I can remember. That last Winter Park race was rough- and rightfully so. I basically was lumping race days in with more long training days, recovering during the middle of the week, then repeating the cycle over and over. Each time, the block of training days felt a little harder until finally, right on schedule, I went to race the last XC race, and my body was like, “DUDE, WTF???!?”

So, I took a few days off, and I’ve been riding on a more “normal” schedule since then. I even went for a nice hike on Fairburn Mountain, which is just across the street from my neighborhood. I could hang around in the aspen tunnel all day… 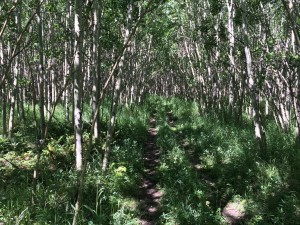 I also found this in the middle of the woods. No trail, no other sign that people had even been there for a long time- 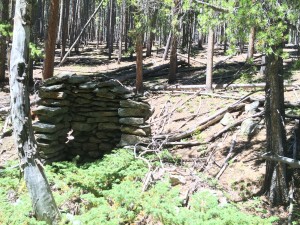 Last week, Jessica and John from Texas came through while she was on a big road trip. I showed Jessica my favorite trail in Golden Gate Canyon- the Mountain Lion trail. It’s one of my top 5 favorite descents, ever. There aren’t many people I’d take straight to that trail, because it’s got some rocks, roots, and plenty of places where you can hit your front brake and see those things up close. However, Jess excels at rocks, so I knew she’d be game. 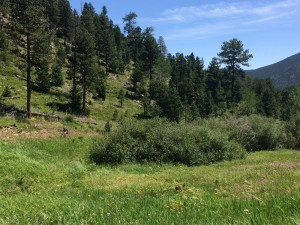 The next day, we went to Rollinsville Pass. I wanted to show them the train trestle on the Winter Park side, but a storm cloud began gathering and growing as we neared the top. So, in order to avoid the lightning and hail I’d encountered before, we turned back at the Needle’s Eye tunnel. 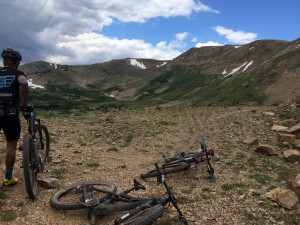 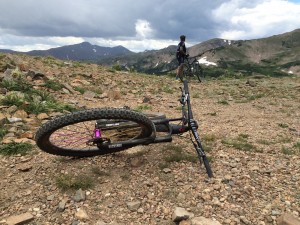 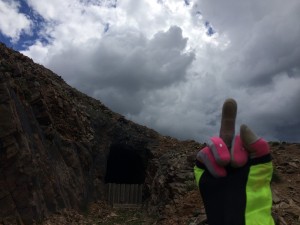 Monday, Kenny from Memphis also made a road-trip stop-through. Matt and I rode with him at White Ranch. My legs finally felt like they’ve turned a corner and started to feel really good. I pushed the pace a little on a climb, but kept the ride short and sweet after that. Kenny and Matt went on to ride some more, and I went home to eat and recover in the Elevated Legs.

Side Note- There will be an Elevated Legs squeezing station at Breck Epic. It will cost a little money, but considering how much you’ve invested already if you’re doing the race, it’s chump change. I will be nearly living in my set of Legs when I’m not racing because they really work to get rid of that heavy, dead, post-race feeling. You should check them out for sure.

It’s definitely a tough to balance between recovery and visitors, but I seem to have come through it successfully. It’s a good thing, too, because the ladies’ singlespeed division at Breck Epic is small but strong. I’m full of beet juice and awesome right now, though. I’m also going to be racing this totally kickass bike- 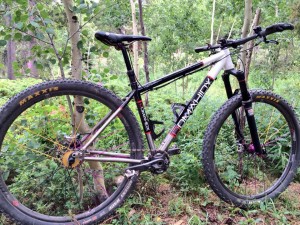 After the Steve Domahidy episode of JRA (one of the best ever, BTW), I hustled my way in to him letting me borrow one of his Domahidy Designs titanium frames. I put my Pike on it along with all my singlespeed parts, and it rides great. It makes me even more excited for next week.

Posted in Trail Riding, Training
Hi, I'm Andrea! This blog is a journal of the highs, lows, and challenges in my constant search for adventure