In my last post, I lamented on the difficulty of making the race/ride home adventure in one day. My work-around idea was to make it in two. So, for the final Winter Park race, I made additional plans and brought a friend.

Since there was some money available for the top three Pro spots at the final installment of the Winter Park XC race, I decided to put the Mach 429 in “race mode” and moved up from the Singlespeed category. This meant swapping the Pike for the SID World Cup and the I9 Trail 24 wheels for the Carbon Pillar Ultralight set. While it doesn’t feel as solid bombing downhill as with the Pike, I’m still “fast enough” downhill to be more than competitive in cross country racing at any level. 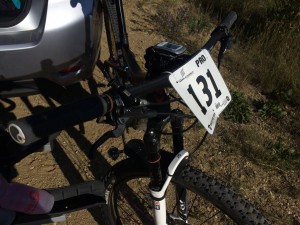 I had a good race. I raced hard. The only snag I hit was when I passed two of my competitors on the first and longest descent of the day, only to be blocked by a dude I caught who had started TWO MINUTES ahead of me. I asked him to get around, and all he’d do was look over his shoulder and try to go faster, which wasn’t that fast. The second woman I’d passed earlier in the descent caught back up to me pretty quickly, and when we popped out of the trail on to the forest road, she called him a dick, and we continued racing (she’d had a front row seat to the whole, painful ordeal).

I otherwise raced my heart out and ended up 4th behind Amy Beisel, Evelyn Dong, and Ally Faller. If you follow women’s cross country racing in the U.S. you’ve probably heard of the first two, but watch for the third one… she’s only 18, and she is kind of a monster. Though I was out of the money in the Pro category, I took home the overall singlespeed win for the series- something that had eluded me the previous year.

I crossed the finish line and regained my composure, then headed back to the car to eat and strap my bags on to my bike. At the time, the thought of climbing another 2,500 feet with a fully loaded bike seemed like an insurmountable task, but the weather looked clear, and Amanda was excited to get going. I was committed.

We headed off across the highway to Corona Pass Road, which would take us up and over the Continental Divide before we’d make our way down in to Nederland for dinner and camping. The views up there are something I can’t describe in available English language words: 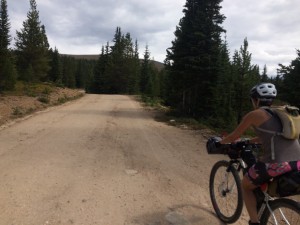 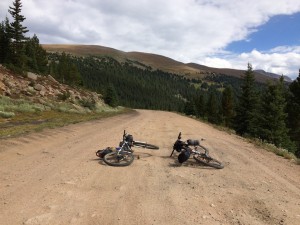 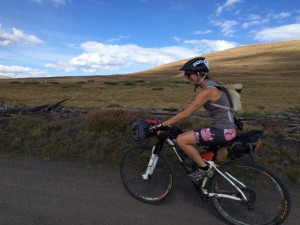 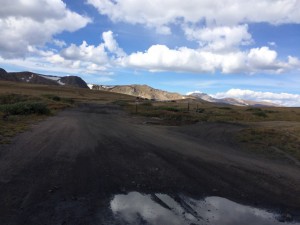 We reached the top eventually… I wasn’t really watching the time. 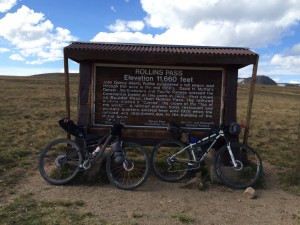 On the other side, there are a series of abandoned train trestle crossings. Here’s a link to the story of Corona/Rollins Pass that you can read if you’re interested: https://en.wikipedia.org/wiki/Rollins_Pass 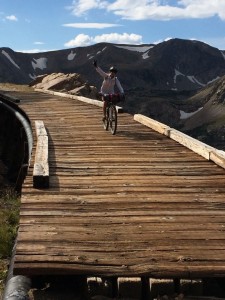 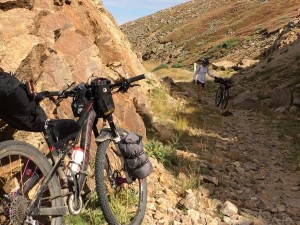 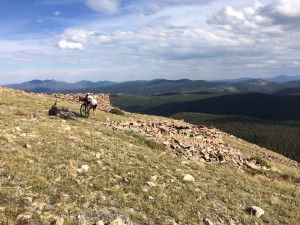 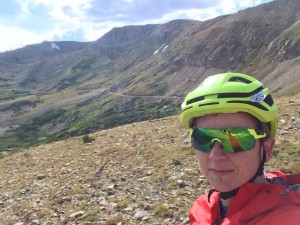 We descended the pass via the Jenny Creek jeep road- an adventure in and of itself. It takes you to the Eldora Ski area just outside of Nederland, where we were just a quick road ride away from pizza… 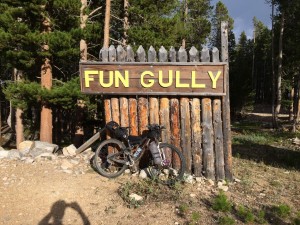 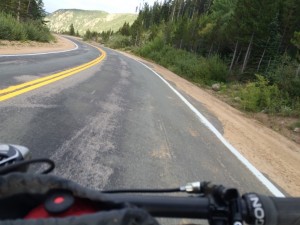 The hippie pizza restaurant in Ned is also an experience. The person cooking the pizzas probably consumes more weed than he does pizza. We sat around in the brewery and listened to bluegrass and consumed large quantities of food (and a small quantity of beer). I called us hood-rich transients. Thus, the name of this adventure- Hood-Rich Transients, Volume 1. 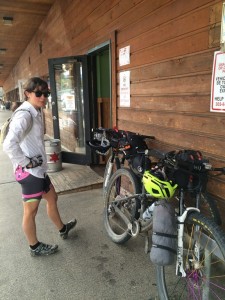 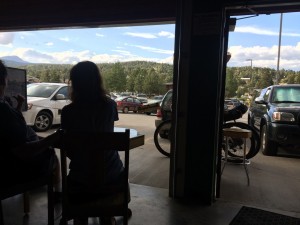 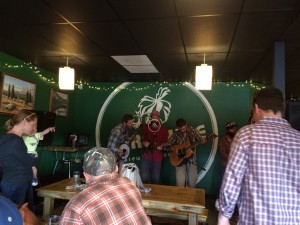 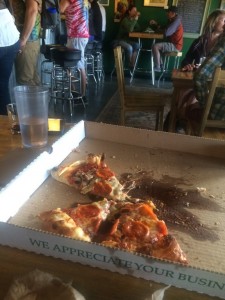 I’d be willing to bet money that Nederland has the highest per-capita rate of dreadlocks of any city in the world.

After filling up, we headed out to the woods to camp. There’d been reports of transients living in the campground, but Amanda knew of a spot far away from the transient camp. The adventure to get there was one of those where I quit believing her when she told me how close/easy to get to the spot we were going to was. It was OK, though, because it was a great spot where no one would be likely to come across our camp, and, as an added bonus, the view in the morning was amazing. 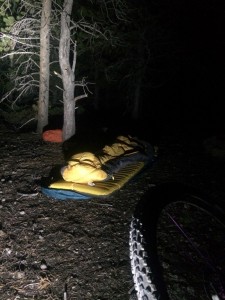 In the morning, we packed up and rolled down to the Peak to Peak highway and up to Magnolia Road, which would take us back towards Boulder, where I was to be at work at 12pm. 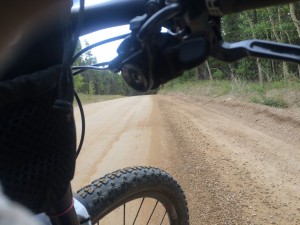 We stopped on Flagstaff Road- the final descent back in to reality- to take a picture at an overlook that really gave a sense of where  we’d come from. In the picture, we crossed the mountains just out of frame to the left. 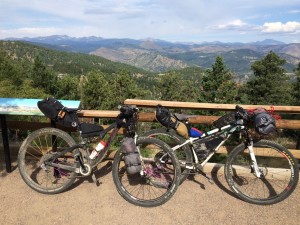 At the bottom, we at mass quantities of real food breakfast, and I clocked in right on time. 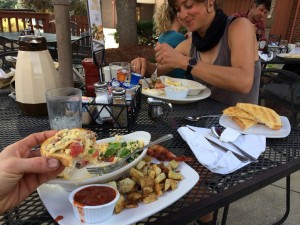 I can’t really describe (again) how great of an adventure it was. I’m hooked on bikepacking now.

Oh yeah, and just to give my setup so far, since a lot of people tend to ask- most of it is made by J.Pak. The bottle/light battery/trash holders on the bars are Ruksacks, the top tube bag (most of my food fit in there) is a Snakpak, the seat bag (all my sleeping gear) is also made by him. I also used a Blackburn Cargo cage with a dry bag to carry some sleep clothes, a couple of extra layers for morning riding, and a rain jacket. If I were to need to carry real food/a stove, I’d probably try another cargo cage for that. I need something a little tougher than the dry bag, though.

Posted in Bike Racing, Trail Riding
Hi, I'm Andrea! This blog is a journal of the highs, lows, and challenges in my constant search for adventure