When  I first started working in Boulder, I made the climb up Flagstaff Road a somewhat regular part of my training. It’s literally right outside the door of the shop, so it’s a good pre-work leg burner. I couldn’t help but notice on the way up that there’s a trail that crosses the road in various places. It looked somewhat gnarly, so I was intrigued. However, all of the signs say “No Bikes.” So, I took to two feet and started exploring.

I’d had no idea that there was an entire trail system up/around/over the Flatirons. And the “No Bikes” thing? Unfortunately, a lot of the trails in Boulder are closed to bikes. However, you really wouldn’t want to ride a bike on large portions of the trails. 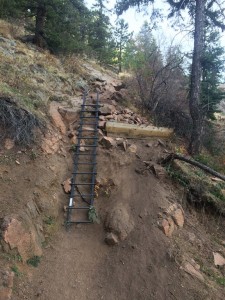 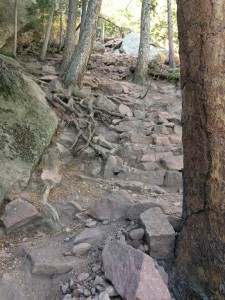 Ok, now that I look at those pictures again, maybe they’re the “perfect” trails to ride down (pictures always reduce steepness by 10% of the grade), but there are a multitude of straight up/down rock steps with tight switchbacks and whatnot. You’d never go up any of the trails, and people would literally die trying to go down.

The ruggedness makes me feel warm and fuzzy inside.

I started with small run/hikes up and around the Flatirons and corresponding peaks. Green Mountain is the easiest and closest to where I park at Chatauqua, so it was the first route I came up with. This picture is from an intersection near the top at the exact moment I started wondering “when TF am I going to be at the top?” 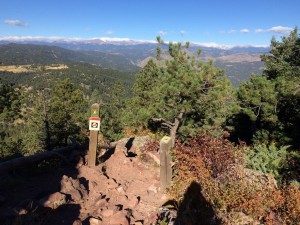 Not long after, I visited the 1st/2nd Flatirons trail, which is a shorter, but no less steep climb. With a short scramble, you can sit on top of the first Flatiron (the one in the background is the 3rd, I think). 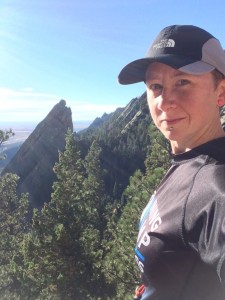 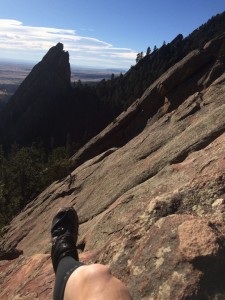 I started to get a little brave and made a bigger loop out to Bear Peak… slightly larger than Green Mountain, and a significantly longer run. The last hard climb before the top goes though a burned area and can be demoralizing if you don’t like seeing what sort of challenge is ahead of you. 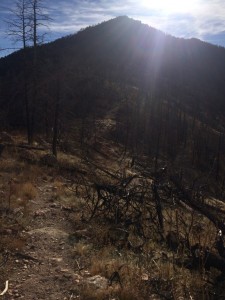 At the top, you have the choice of scrambling to the summit, going down the Fern Canyon Trail (The descent down Fern Canyon is the right amount of dangerous, if you’re trying to go fast), or continuing on to nearby South Boulder Peak. The top of Bear Peak has an amazing 360 view. 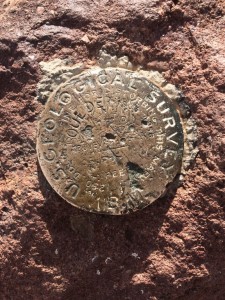 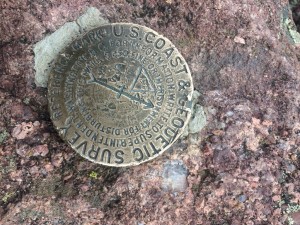 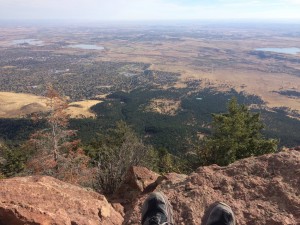 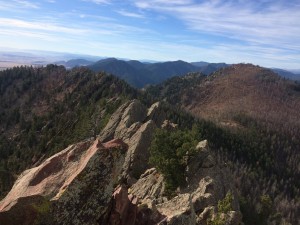 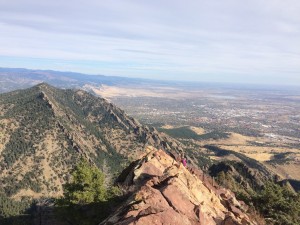 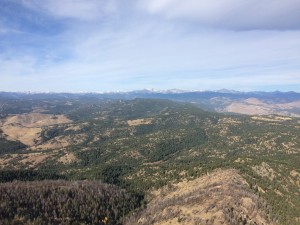 Seeing the trail out to South Boulder Peak inspired a new personal challenge to myself. I wanted to run all three peaks before work the next Sunday. I called it Boulder Three the Hard Way.

Physical challenges are the high octane fuel to my motivation… 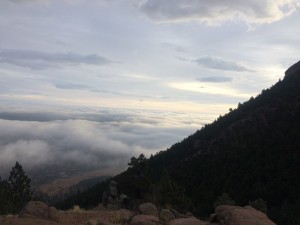 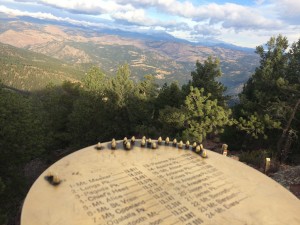 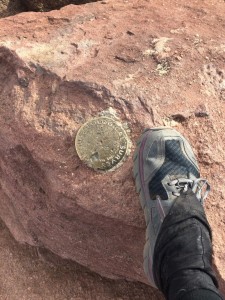 And off to tackle the out & back up South Boulder: 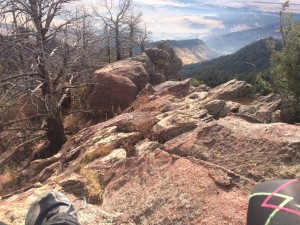 I couldn’t find any survey markers or cool stuff up there, so here’s a weird iron thing driven into a rock-

The run down Shadow Canyon from there was exhausting. It’s at 7.5 miles/8,500 feet of climbing in, so my legs were already pretty torn up. I made it down with no falls or rolled ankles and motored on to the return on the Mesa Trail… which is neither flat nor all downhill until you’re at the last mile.

Fourteen miles in 3:45 doesn’t sound that impressive until you start looking at the gain/loss on each climb and descent. Running downhill there is like its own lite version of parkour.

I’m hoping that my body holds up to the running enough that I can do it all Winter as an alternative to riding in the cold or on the trainer. I’m still having some pain from previous overuse injuries in my left knee and foot, but listening to my body and doing a lot of yoga and foam rolling seems to keep it relatively minor. This Saturday will be a good test… I’m going to go out and try a self-supported trail marathon. It’ll be scenic, if nothing else.

One thought on “Boulder Running Adventures”