Re-occurring three day weekends are one of the greatest things I’ve ever experienced. You’d think with all that time, I’d be able to post here more regularly, but the opposite happens- I venture out into the backcountry and make more adventures than I could ever describe in the small amount of time that I make to sit down and stop moving for a few minutes.

The month of June is a micro-shoulder season around Salida. The low trails are hot and dusty, but the high country is still snowy and wet. I spent a lot of time scouting up Marshall Pass and riding “backwards” on the Monarch Crest Trail as far as the snow drifts would allow. 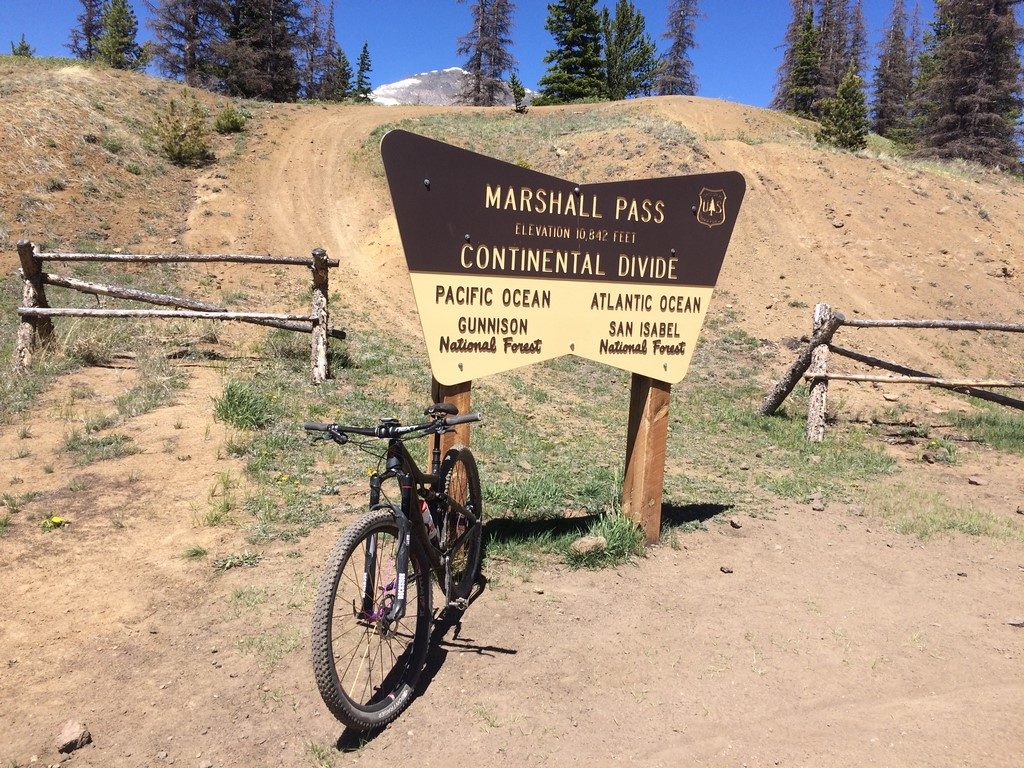 Sometimes I have a hard time stopping to take photos because the iphone will never, ever really capture how amazing the scenery I’m looking at really is. If you look at any of these, just imagine them being 10x more awesome in person than how they appear on your screen.

June is also Tour Divide and American Trail Race season at the shop. The two cross-country routes meet up just north of Salida and share a path through town, staying together until they’re over Marshall Pass. The leaders of both races rode through town within about two hours of each other. If you follow my instagram account, you’ve seen the multiple drivetrain replacements I’ve performed for riders on both courses.

Pro tip- if you’re racing across country, start with a new drivetrain, brake pads, and tires.

One of our Just Riding Along show listeners is a member of a group of gravel riders in Kansas. They have a friend on the Divide route, and wanted to send him a beer via the shop. In keeping with the ethics of self supported racing, if they wanted to do that, then all riders had to have access to a beer at the shop. So, he paypal-ed me a few bucks for beer, and we’ve been offering it to every rider that comes through the shop. I also spent a day on the route up the north side of town offering beers to racers I found on course.

This was my “waiting” spot on the last hill that racers climbed before descending into Salida. Soon after I set up there, I met a couple who were northbound Divide riders. They passed on the beer, but stopped to chat a few minutes before heading off. 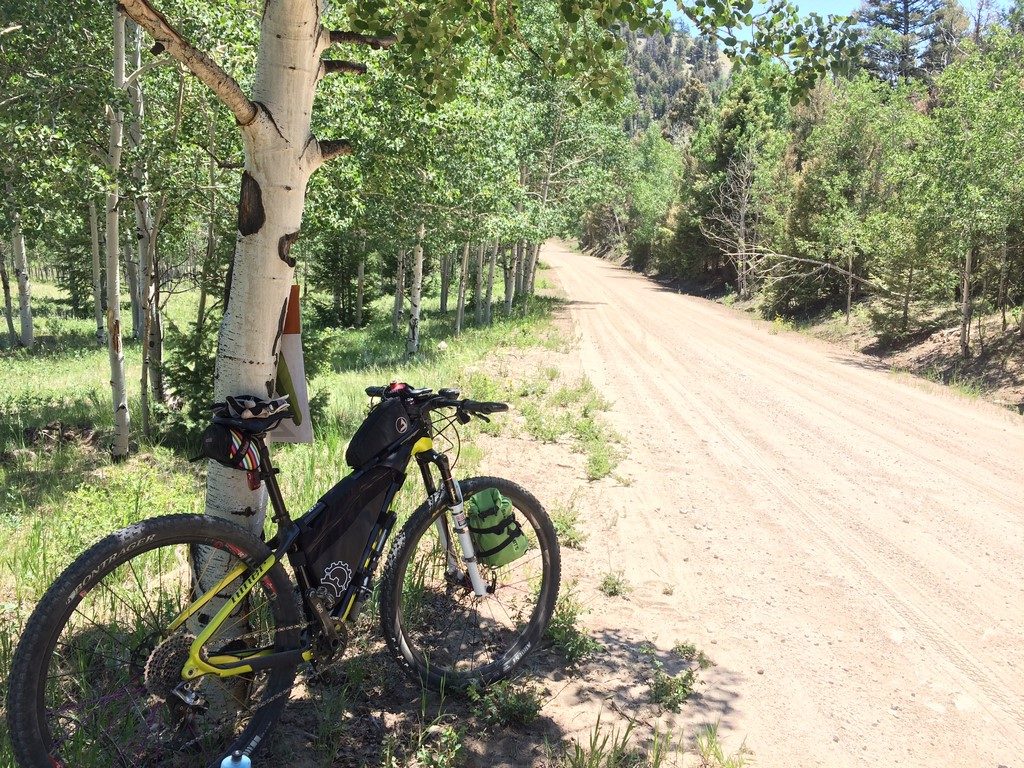 Looking at the Trackleaders site, I could tell I had at least an hour or more before the next rider was through, so I went off in search of a forest road I’d seen on a map that looked like it’d connect to make a loop back to my beer spot. I found the road… 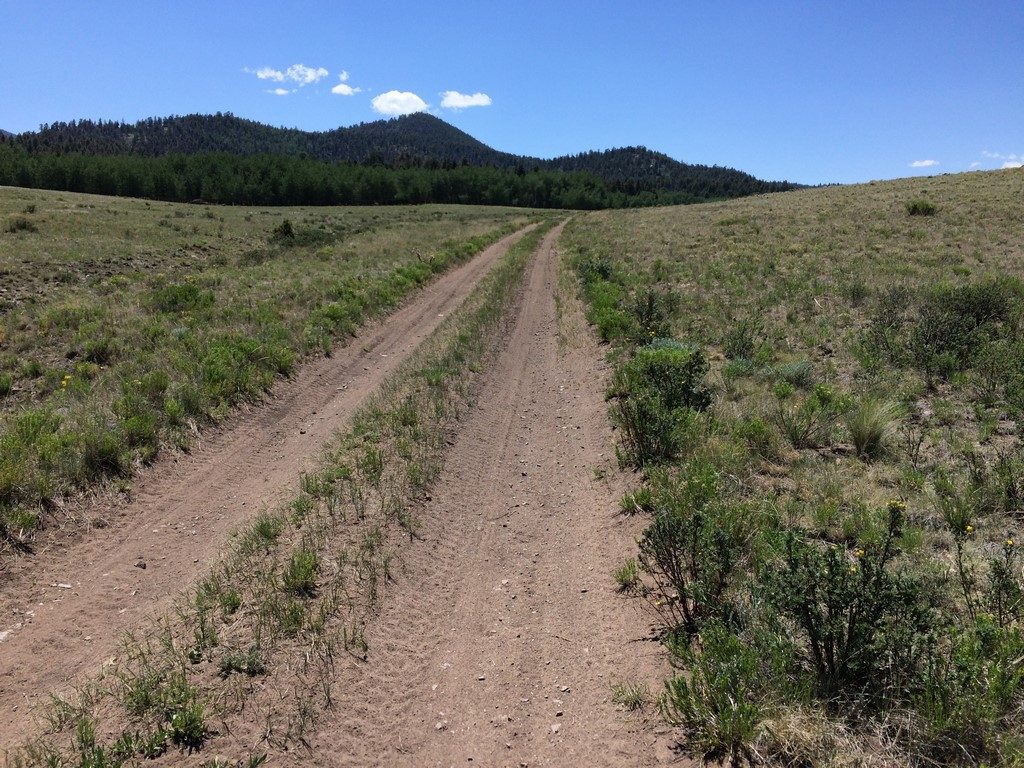 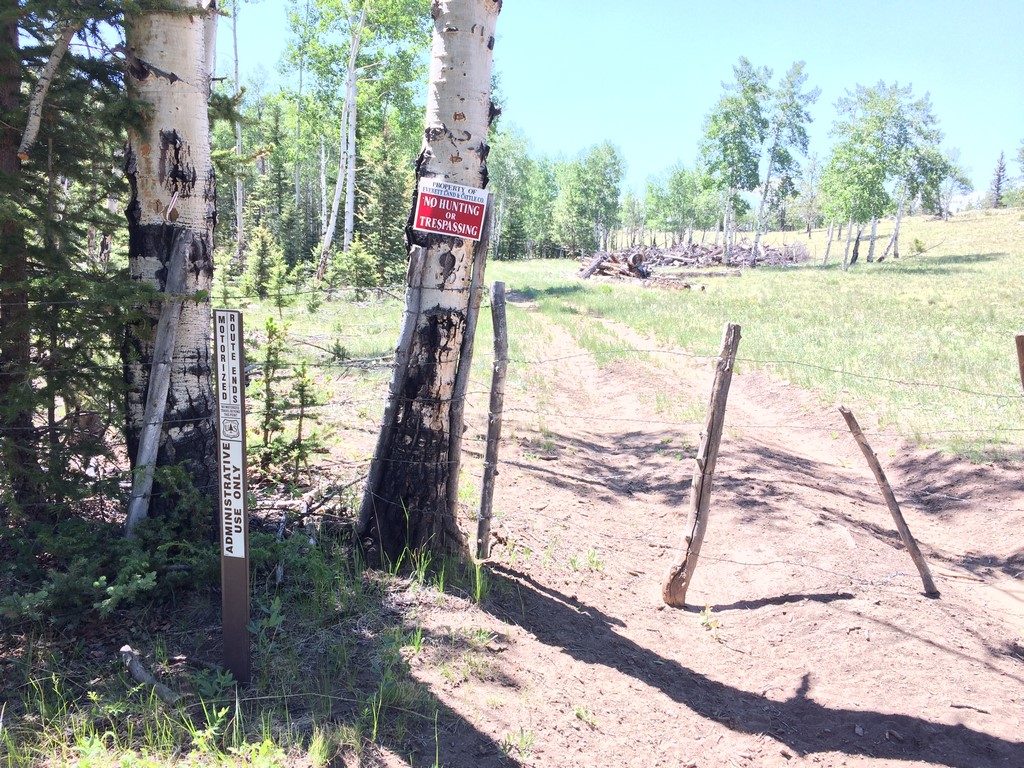 Basically every secondary numbered forest road north of Salida has one of these signs on it. Highly disappointing.

I went back up the hill to wait on the next rider. He showed up after a while and was pleasantly surprised for the beer handup. 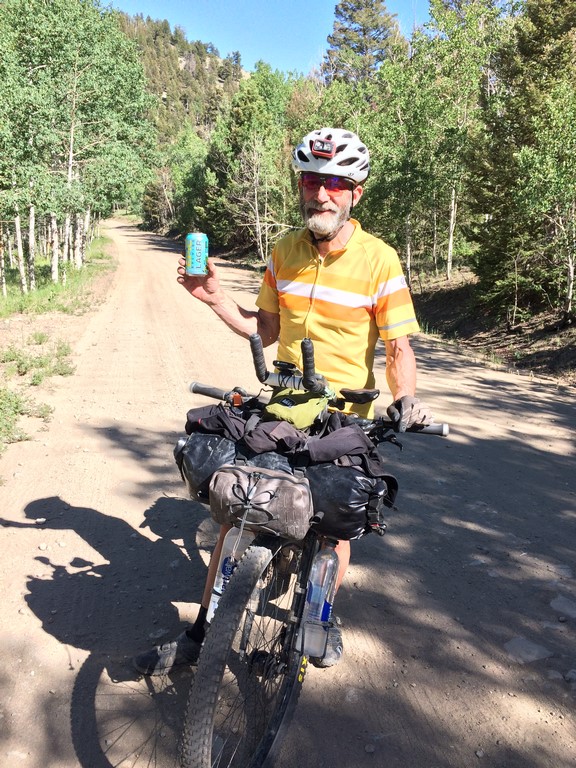 That same weekend, I decided to explore a 4×4 road I’d seen on a map (basically how most of my adventures start). County/Forest road 240 goes into the mountains from Maysville (on highway 50) and ends at Billings Lake. I took the Colorado Trail to 240 in order to skip riding up Highway 50 (though I did end up riding down it to get home)

The section of Colorado Trail from Blanks Cabin to 240 is gorgeous and flowy (with a slightly hairy descent at the end). On the way to the trail, I could see my destination in the distance- the low spot in the mountain horizon just to the left of the cow’s head. 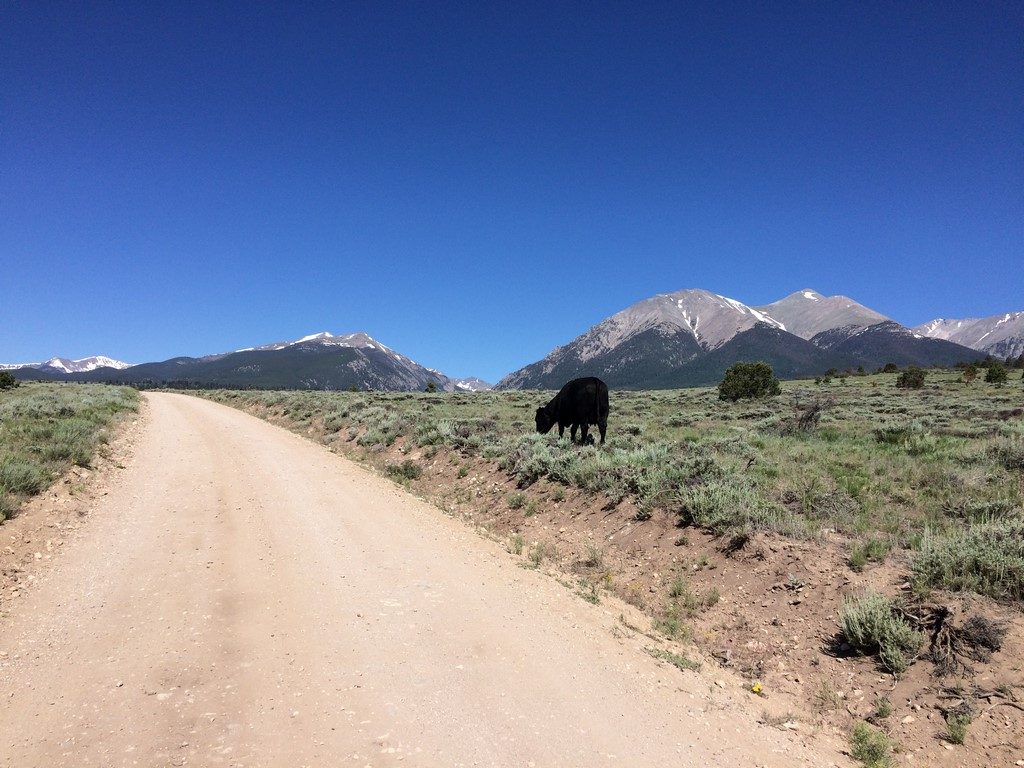 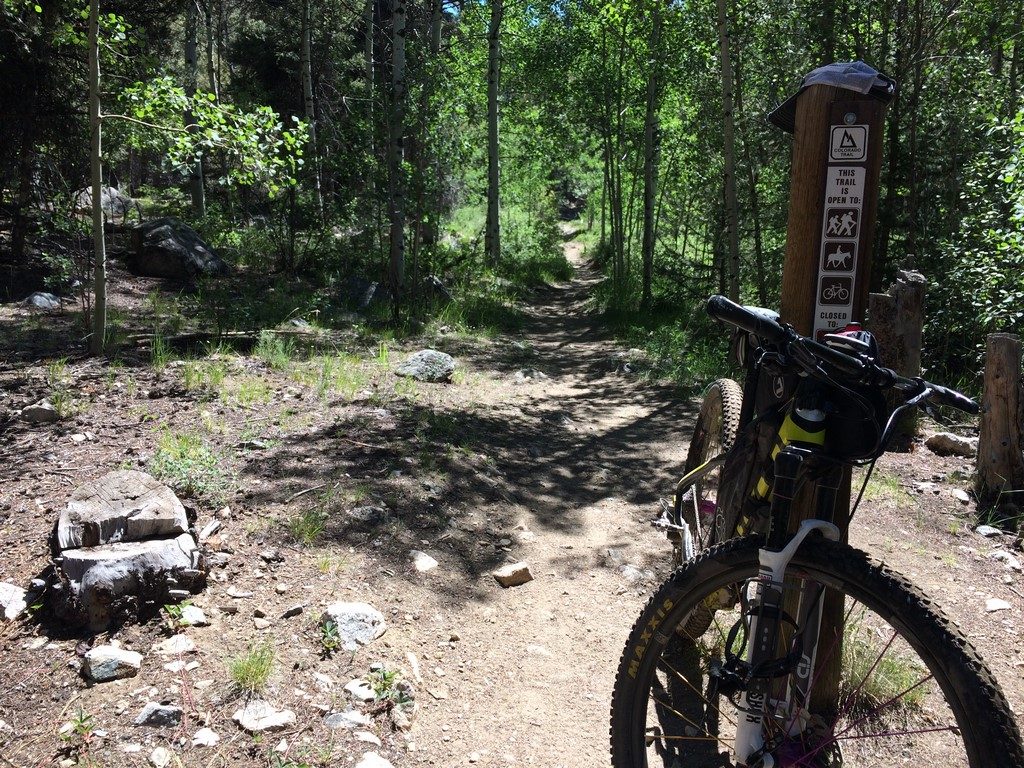 The climb up 240 was tough- about 7 miles of mostly steep and rocky jeep road. However, the scenery at the end was as gorgeous as the climb was difficult.

Along the way, you pass an old trail that goes up the backside of Shavano. Gonna have to explore that one. 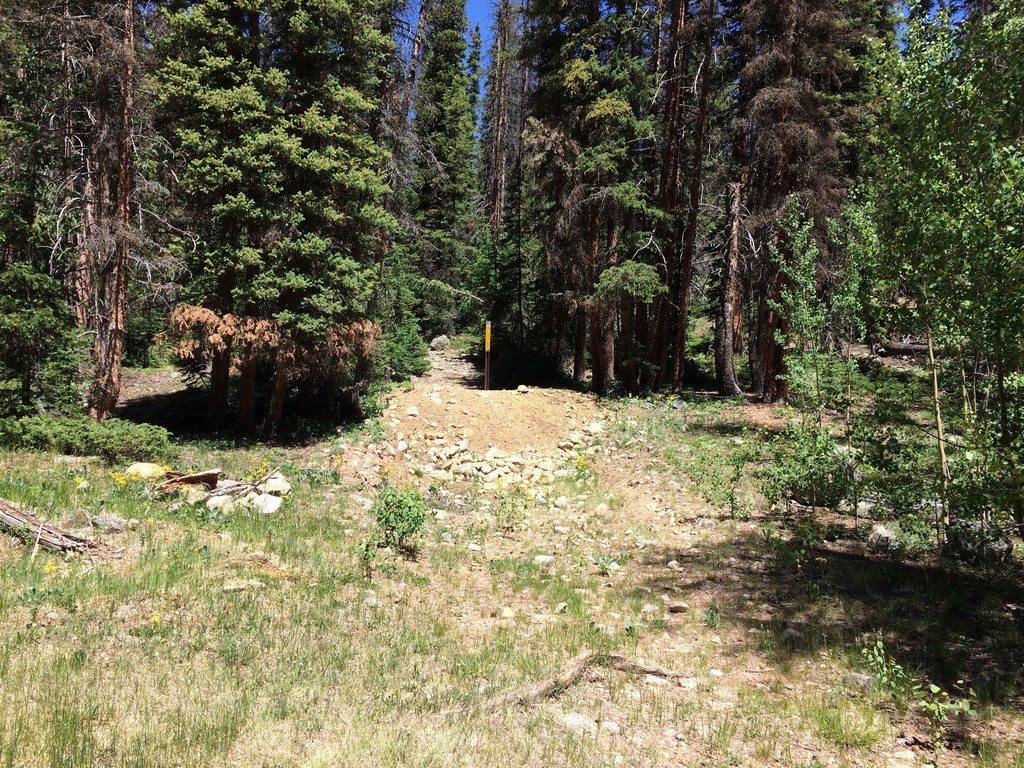 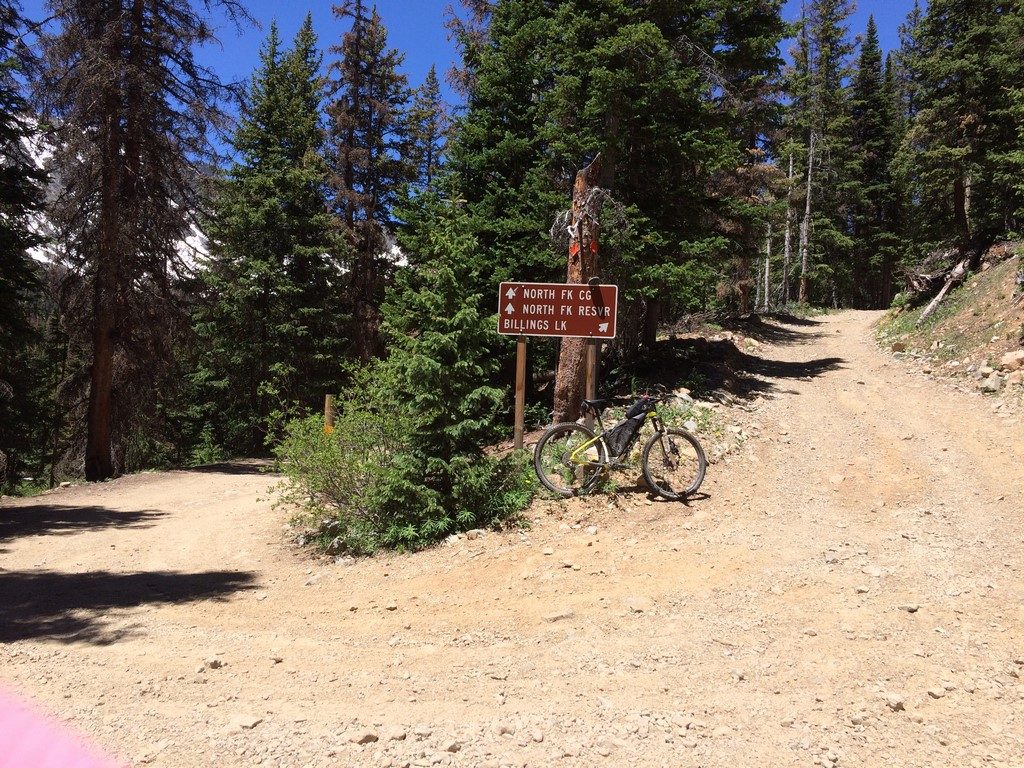 The area at the end of the road is covered in old mine remains. I’d love to find out more about the history of that spot. You can see the road I came in on to the left of the lake in the first pic- 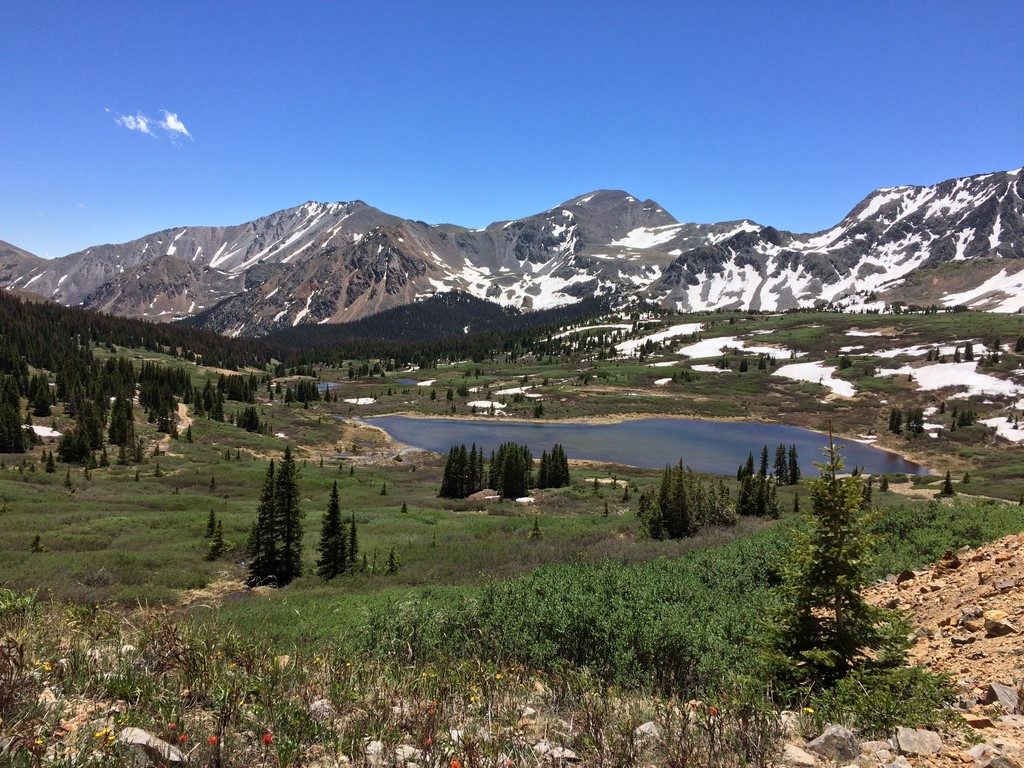 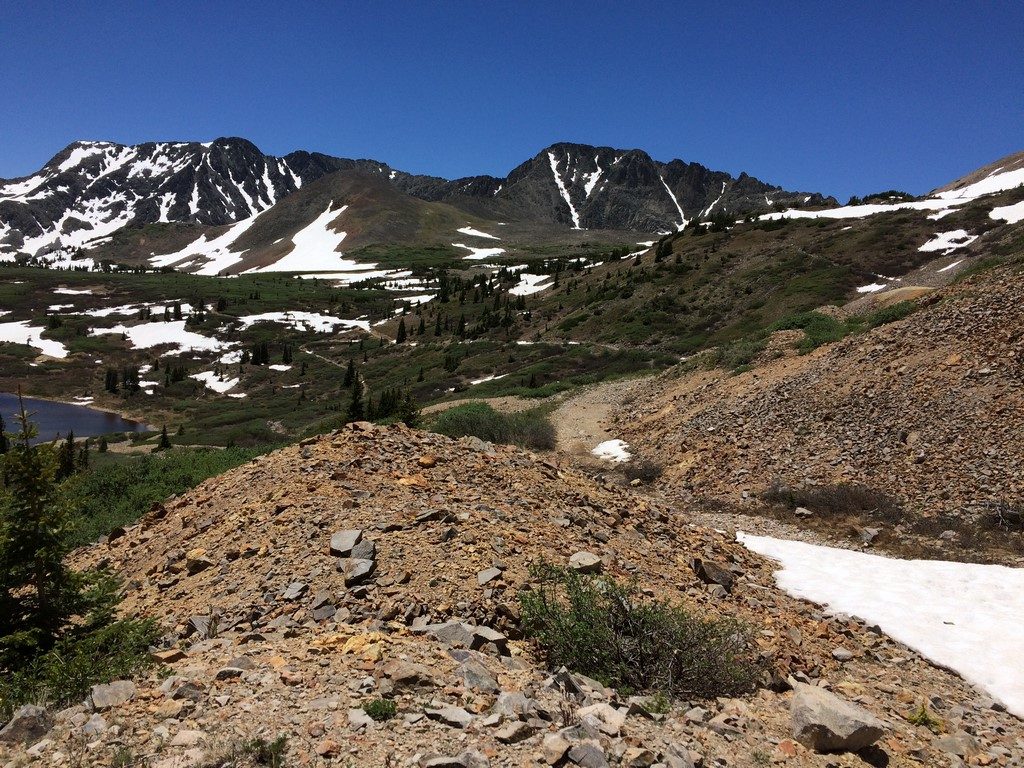 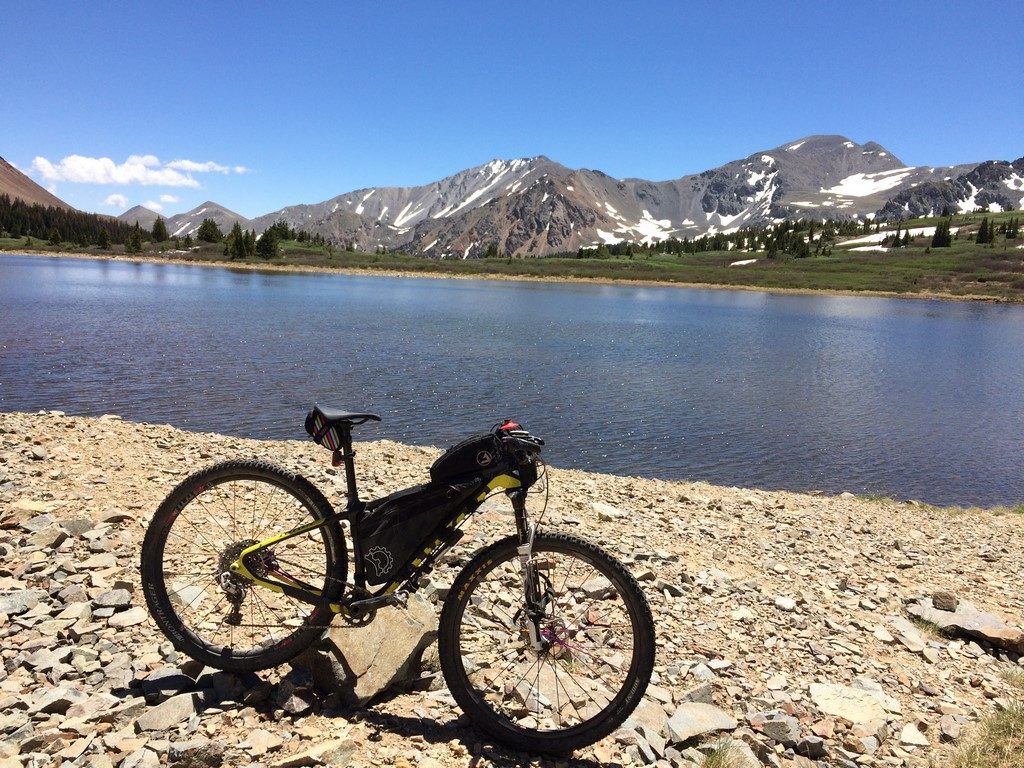 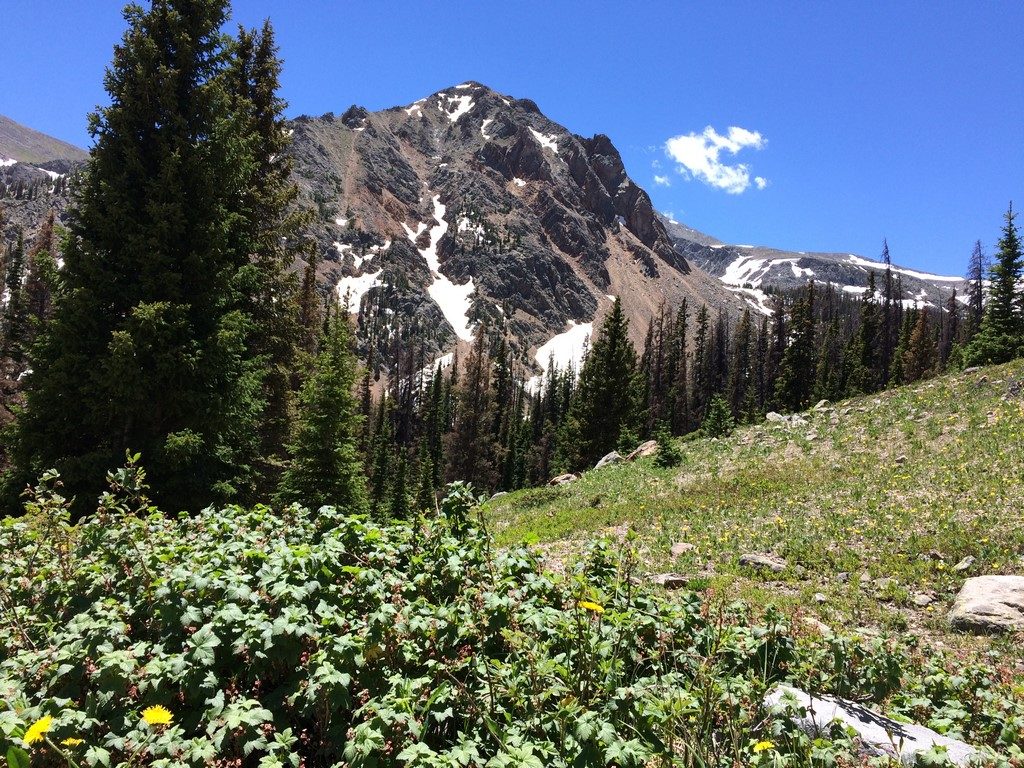 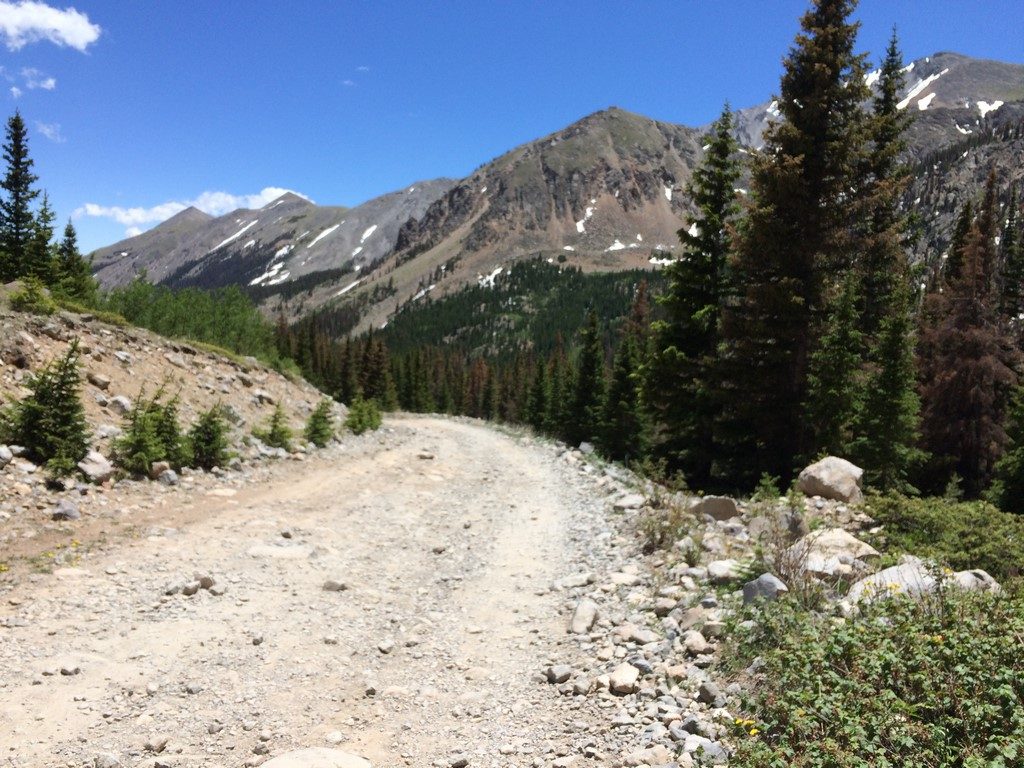 The opportunities to explore the mountains around here are nearly endless. I spend literal hours looking at a topographical map, then cross-referencing it to strava heatmaps and local trail maps to try and determine if what I’m looking at actually exists as a road or trail. I want to refer to the resulting rides as “Epic,” but that term has become pretty watered down by people whose idea of adventure is a zipline tour or ski resort.

In my next installment, I go higher.

One thought on “Adventure Dump #1”