Before we get started, I just want to mention that the deer in Salida are pretty out of control. They aren’t afraid of people, and sometimes even act aggressively towards pets. They also poop everywhere. 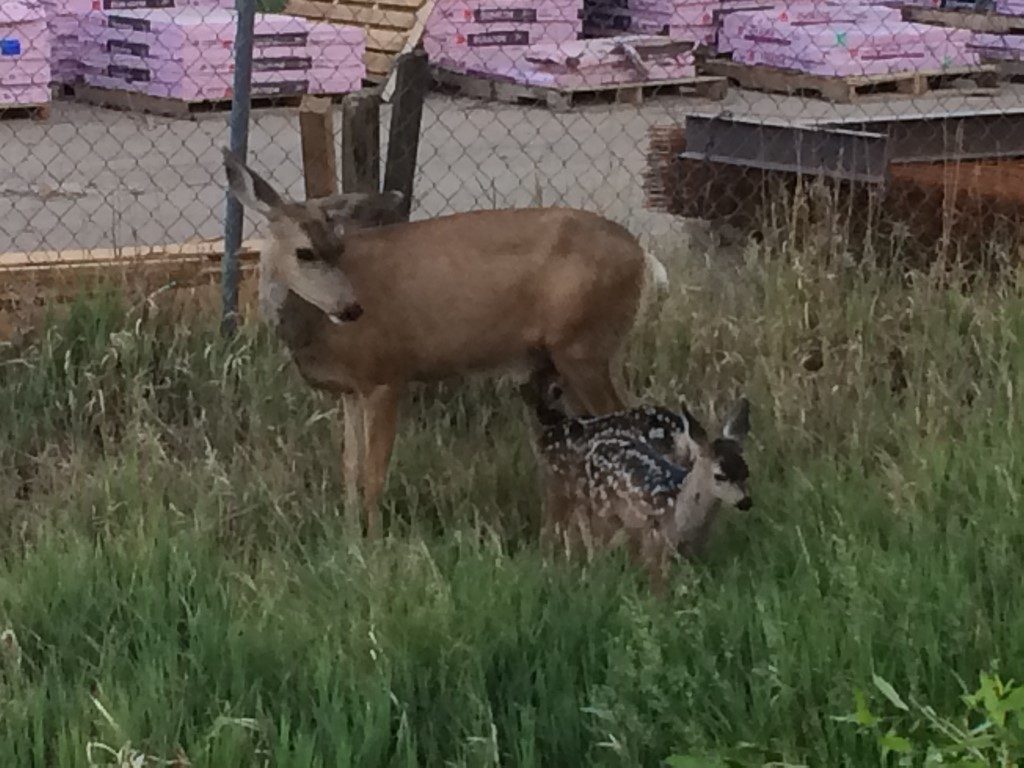 Now that’s over, time for Adventure Dump #2. Matt came to visit, and since he has been living at sea level since mid-may, I made the riding plans sub-epic (I don’t GAF, I’m taking that word back). It was perfect timing for more reasonable adventure, because I was racing on a duo team for Firecracker 50 the Tuesday following Matt’s visit.

Day 1, we rode Marshall Pass up to the Continental Divide/Colorado Trail to Starvation Creek. Afterwards, we hung out at the river and visited the local shooting range. I’ve shot plenty of shotguns and a rifle or two, but it was my first time shooting a handgun. It’s definitely a little harder to aim. 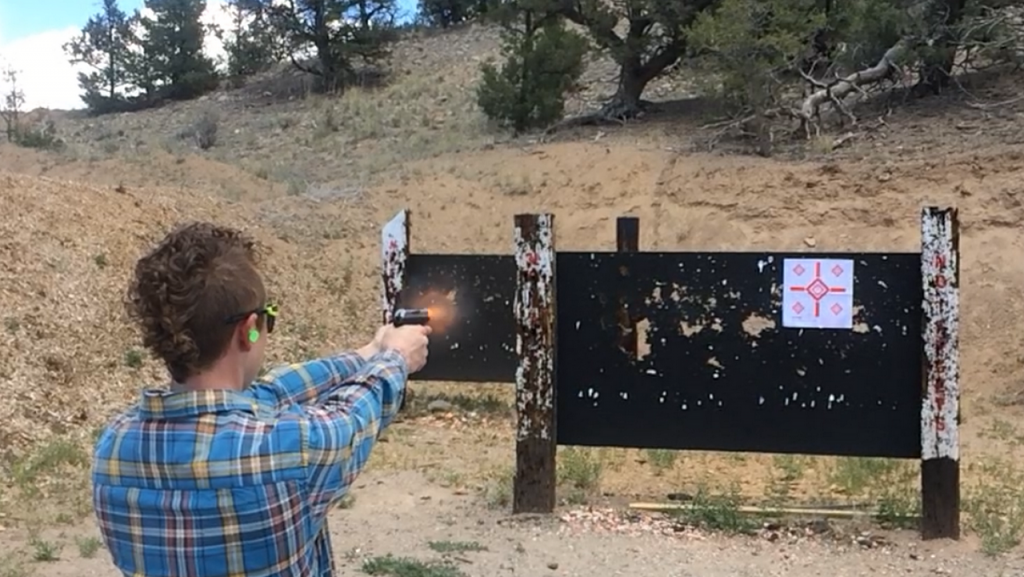 Day 2, we rode some Colorado Trail from Blank’s Cabin. The section from Blank’s to the Angel of Shavano Campground is one of my favorites because of the Aspens. 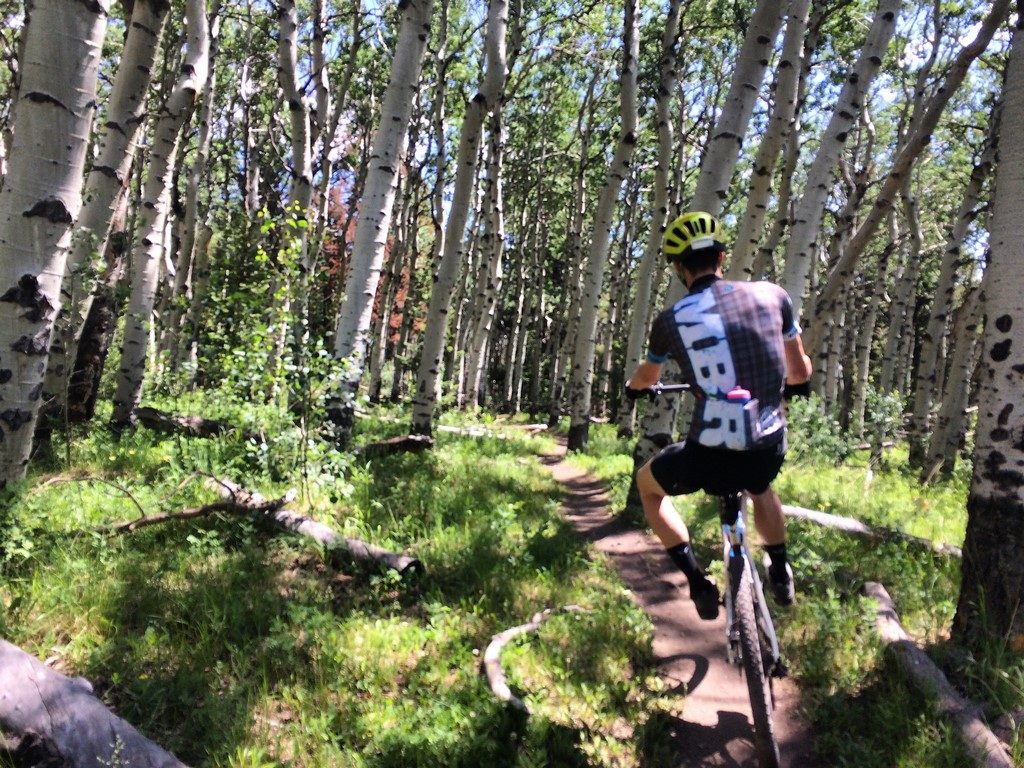 Day 3 was definitely the raddest. We caught the first shuttle of the year up to the Monarch Crest Trail. I had only ridden the full trail twice- once on my first-ever trip to Salida and once during Vapor Trail 125 (I honestly don’t remember much of the VT125 passage because I’d been riding all night). 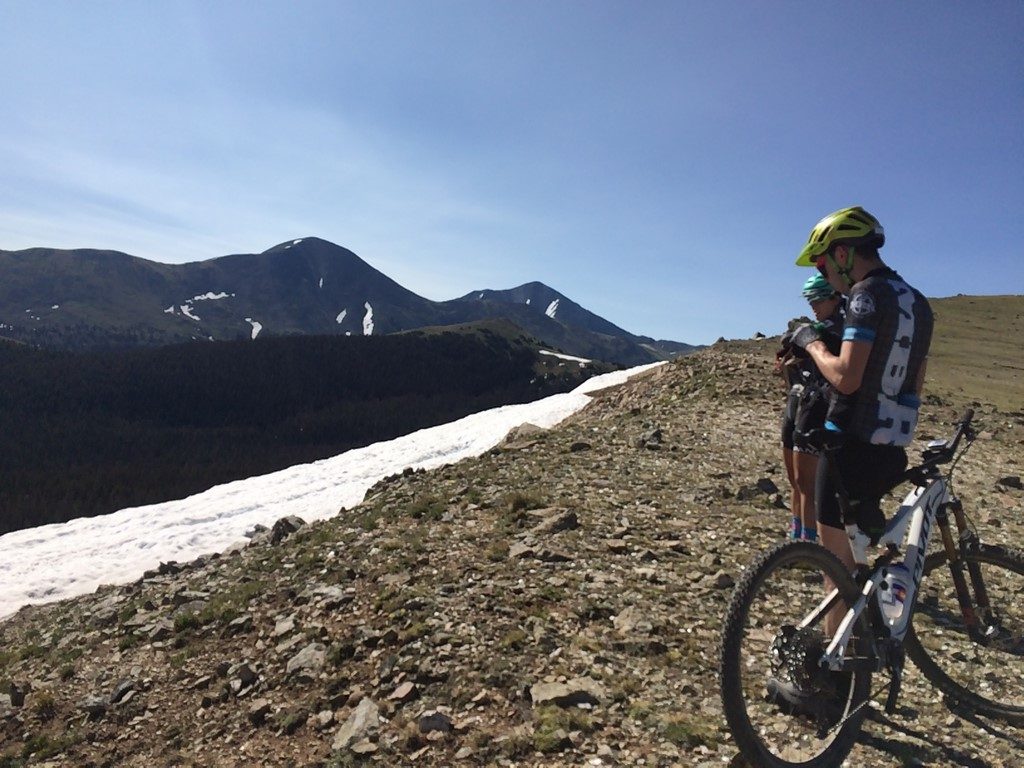 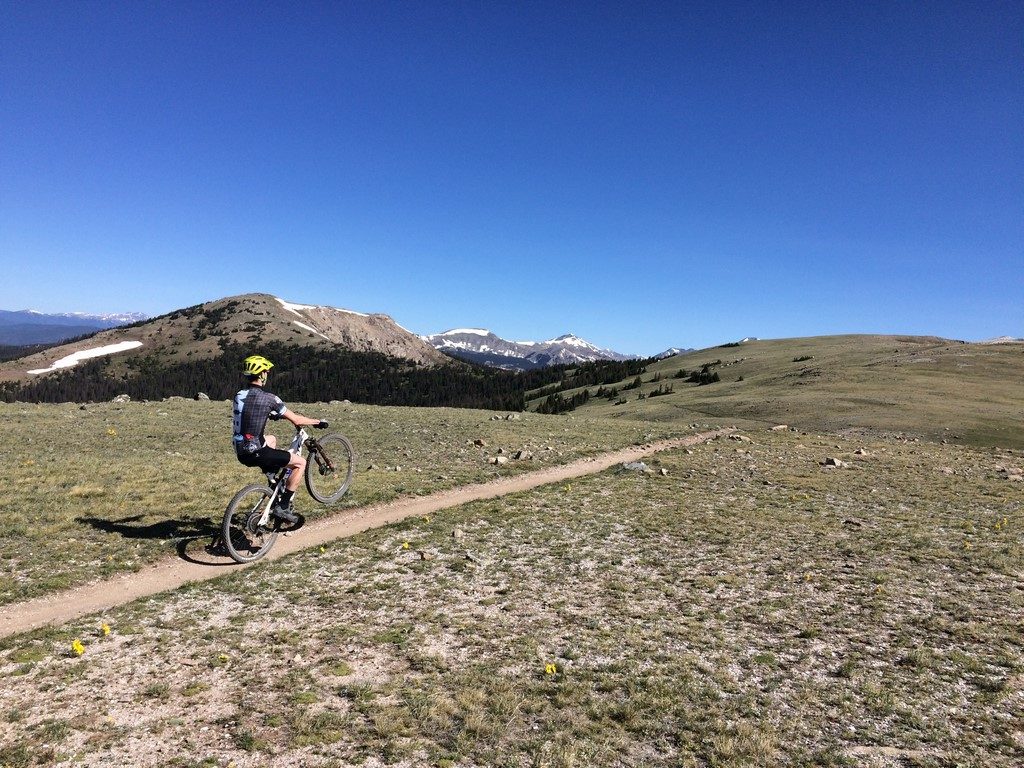 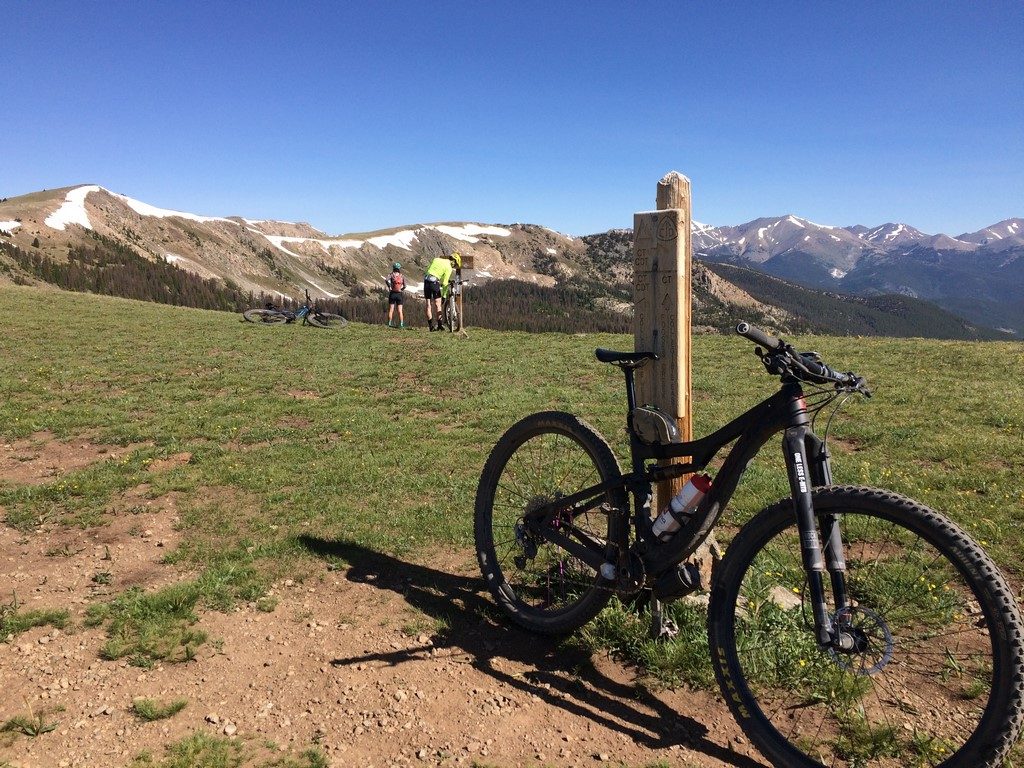 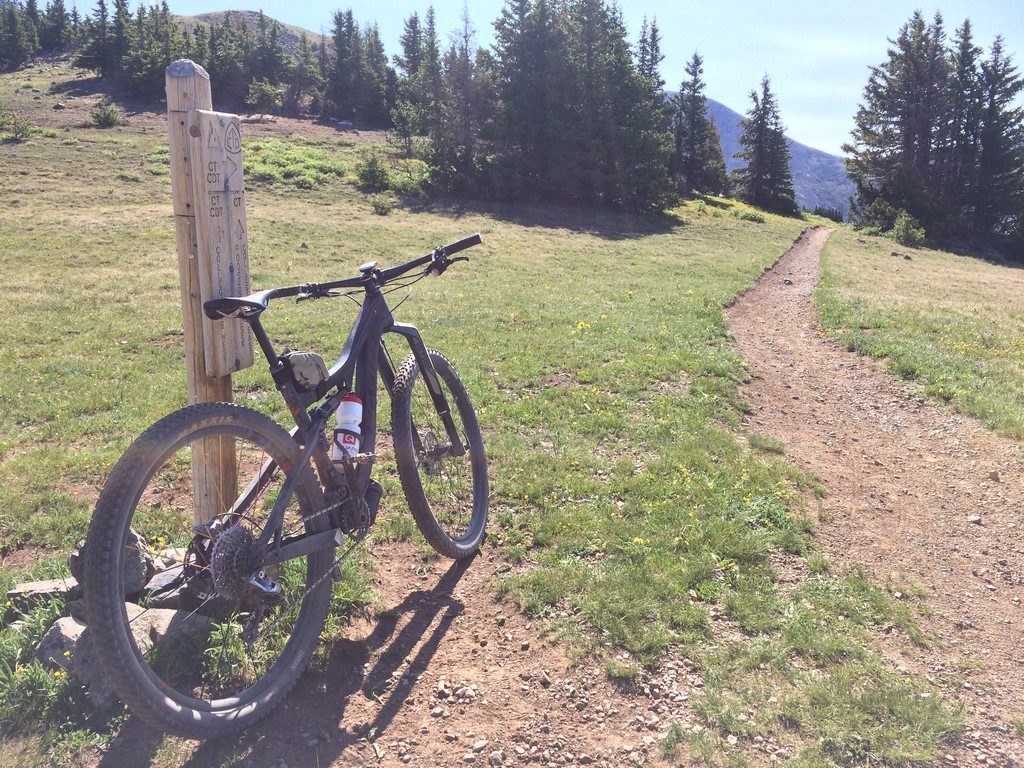 There were still a couple of large snowdrifts to hike over. 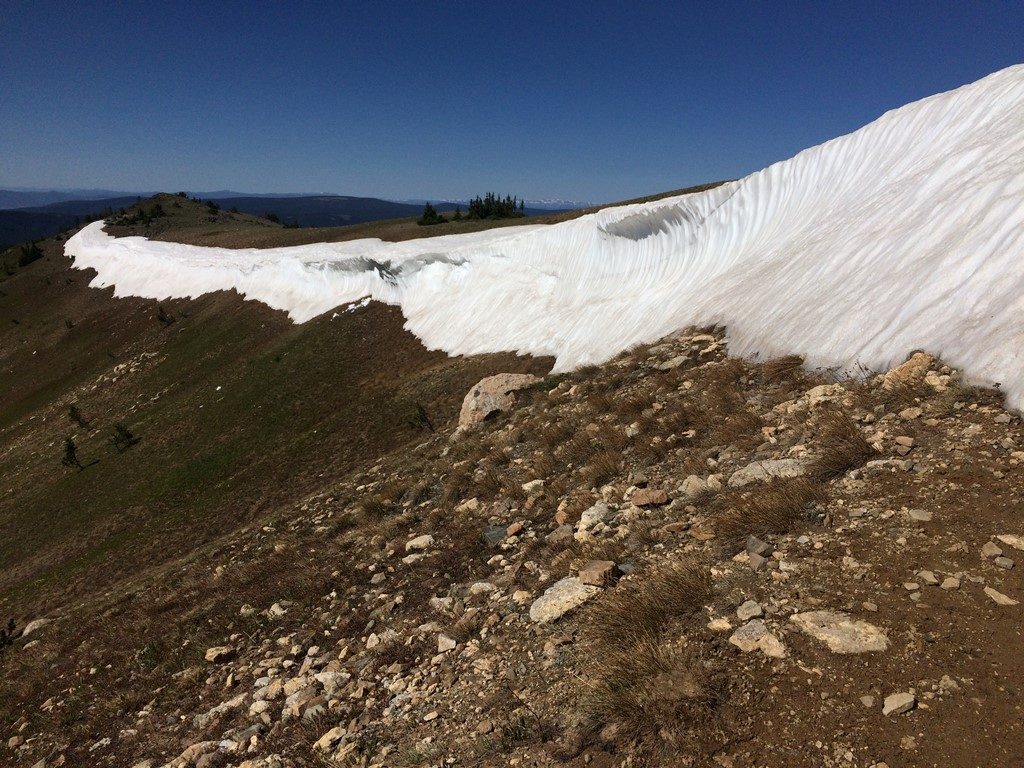 It’s a lot of fun to play around above treeline for a handful of miles on a clear/sunny day.

We stopped at my favorite water refill spot on Marshall Pass. I’ve been using an MSR Trailshot filter and loving it. 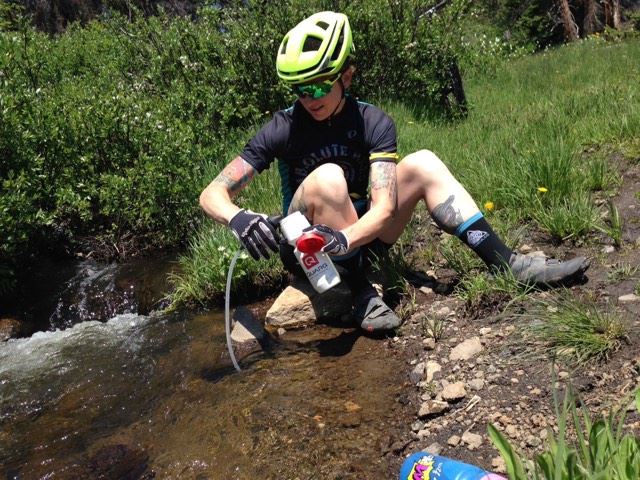 You might notice from the photos that I put the RS1 fork on the 429sl. If you haven’t already heard me talk about it on Just Riding Along, I will say it again here- the RS1 is the cross-country Pike that I’ve always dreamt about. It’s not SID-WC light (weighs in between 1600-1700g), but it’s stiff, plush, and freaking awesome. If you have the $$, and you’re on the fence about it, I say go for it.

The three days of “normal person” adventures was a perfect lead-in to the Firecracker 50 race. I teamed up with Brad Berger- one of my other new-this-season Gates Carbon Drive teammates. He hammered a 2:12 lap, which put me someplace in the top 10 of 65 teams. I managed to reel in some of the ladies ahead of me, but also got passed by Cody (who turned a 2:02 lap)- the dude half of the eventual winners. My lap time was 2:27- fastest of any of the women who were on teams, and comparable to the mid-pack pro times. We ended up in 3rd place… not shabby, considering we were the only SS team on the podium. 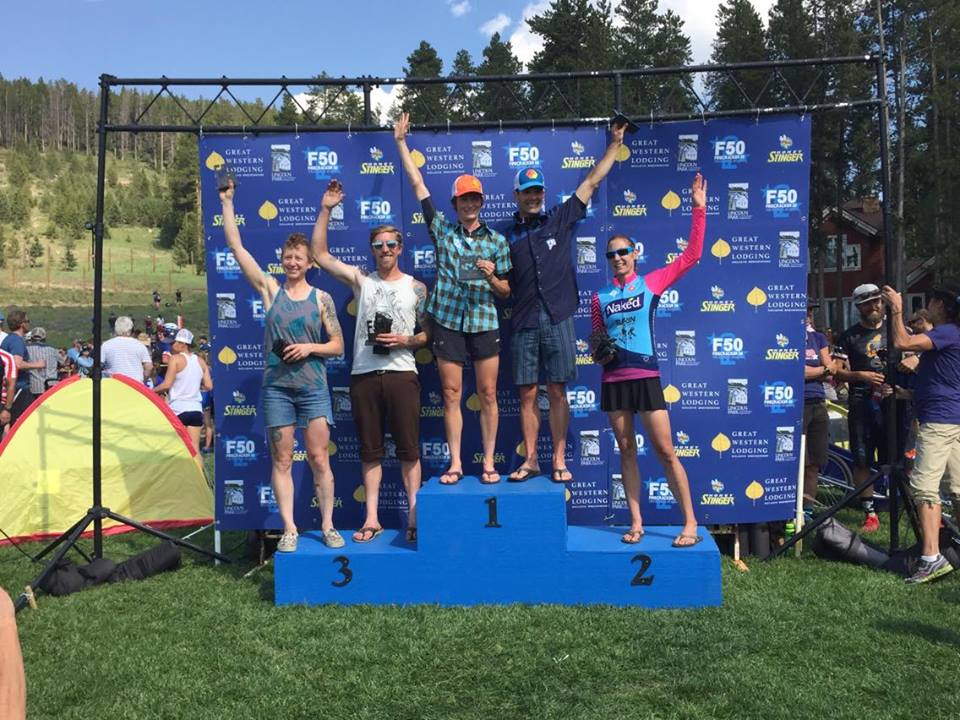 The short/hard effort of XC-distance racing is a good blast of intensity to keep the watts topped off while I’m exploring for hours otherwise. With a couple of days of hard rest, I was ready for the hike-a-bike extravaganza that was my next weekend off/next blog post.