The weekend after Vapor Trail, I ended up racing the Banana Belt XC race as part of the Salida Bike Fest. I didn’t want to go at it singlespeed, so I rode the Viral Skeptic- a belt-driven, pinion-geared hardtail. It’s a fun bike, and I like where the belt/pinion combo is headed, but it’s definitely suited to more burly riding than cross-country racing. Nevertheless, I won the race… barely. There was a nice write-up in the local paper. 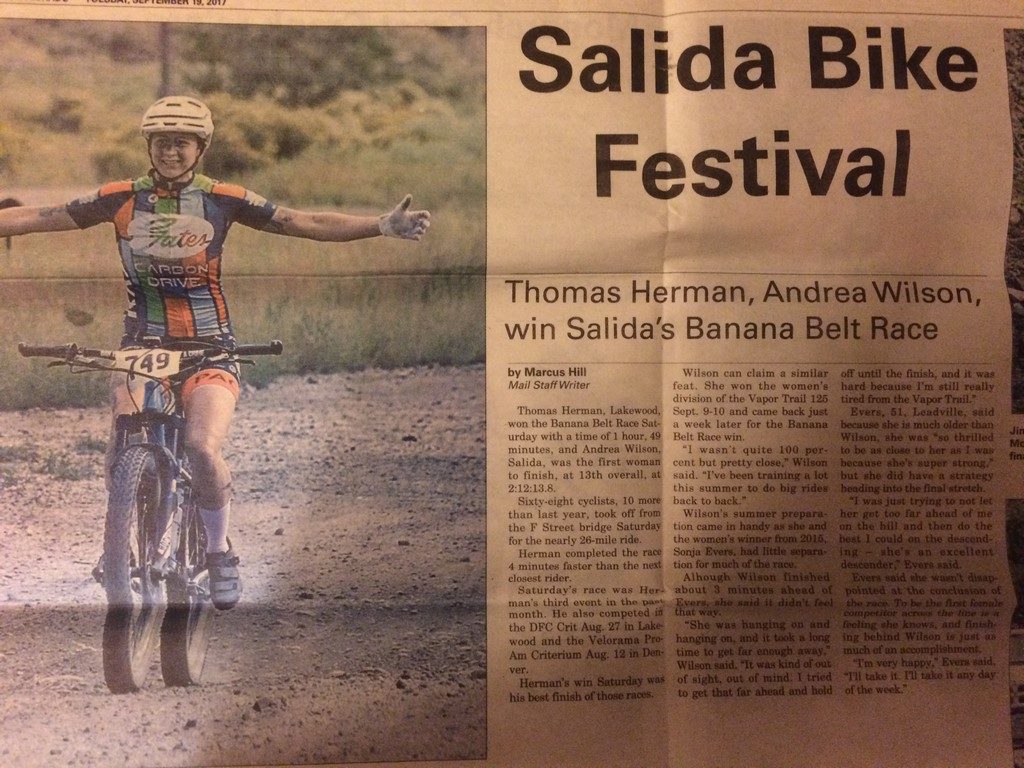 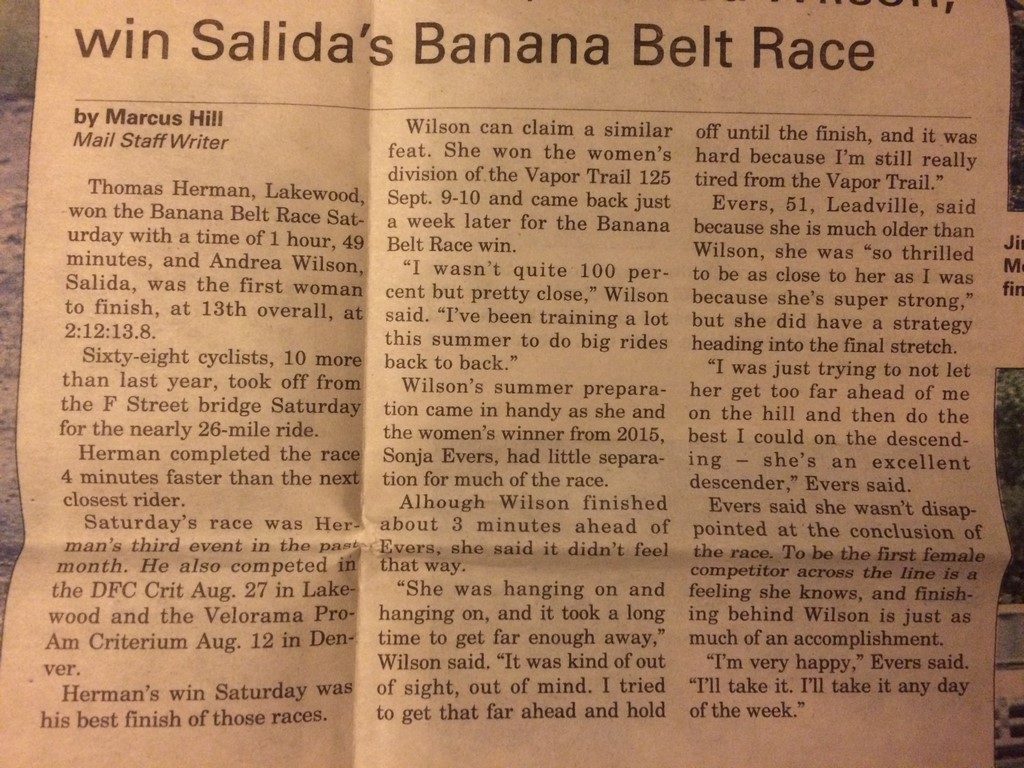 Thus begins the post-season few weeks of emotional turmoil. It’s hard to describe, because it starts out as a feeling of relief, but then spirals into feelings of emotional turmoil and drinking too often. You’re trying to act “normal,” but athletes don’t usually do a good job of being normal people. I thought that I was the only one who felt like that until Josh Tostado came through town a couple of weeks ago, and we hung out over a beer. I found out that not only do we eat exactly the same way during races (a gel flask supplemented by whatever looks tasty at aid stations), his description of activities following Vapor Trail was similar to mine.

So, yeah… my level of normal is “Josh Tostado.” I’m cool with that, though.

The weekend after Banana Belt, I wanted to knock off and bikepack in the mountains a bit. I loaded up the Viral and set out with an ambitious route. I only made it one night, though. The forecast before I’d left on Thursday morning called for nice weather until Saturday afternoon. I figured I could manage a half day of bad weather. I packed for it. However, Friday morning, the wind was insane and the skies were dark. I stopped in the St. Elmo general store for a snack and extra coffee, and the store owner spoke of bad weather moving in early. Apparently, it had already snowed on the other side of the Continental Divide (where I was headed). I pressed on up Tincup Pass, but before I could reach the top, I encountered more wind and winter precipitation in the form of graupel. I didn’t know graupel was a thing until I moved to Colorado. It’s like spoonfuls of shaved ice being thrown from the clouds.

Bad circulation in my hands is something I’ve battled since I was a kid going duck hunting with my dad. It’s only gotten worse with age. Despite my preparedness in water/windproof clothing and chemical heat packs for my warmest gloves, the brief chill I experienced on Tincup went straight into my hands and turned them into useless flippers. I couldn’t bear the thought of dealing with early bouts of bad weather and bad circulation for the whole trip (as opposed to just half a day), so I turned and went home. As I got lower/away from the weather and felt the circulation return to my hands, I stopped and took these photos- 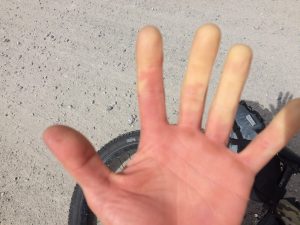 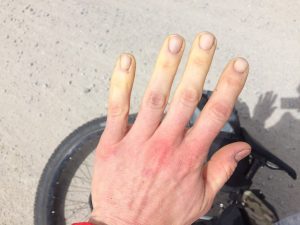 Part of turning around goes back to my “trying to be normal” part of the post-season. I’ve pushed myself though the same discomfort of loss of hand circulation *conservatively* hundreds of times by now during the racing/training process. My bikepacking trip was supposed to be fun, and, battling cold and snow, even with all of the clothes I needed to be safe and warm, wasn’t going to be fun. However, it’s hard not to view quitting as just that- quitting. If you’ve ever wondered how I keep going when races or training rides seem physically impossible, it’s because the emotional pain that I experience when I quit is far worse than any pain of pressing on in difficult situations.

At least I got some nice photos while I was out… 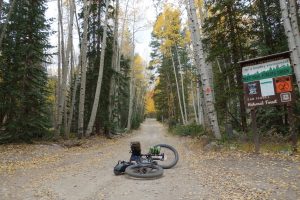 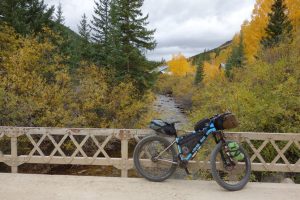 I’m slowly starting to get my shit back together and getting back into my safe space of being an athlete. I’ve gone for  couple of hikes, started running a little, and started a little light weight training with a local trainer. I’ve kept the riding somewhat short and fun, and I hope to get in to some snow-related activities once winter really sets in (if my hands can tolerate it). I’ve shopped a little for heated gloves- holy crap, they’re expensive. I’m hoping I’ll have some cash left over for a set once the 429sl sells and I’ve purchased its replacement.

One thought on “The Post-Season: a search for normalcy”