I can’t tell you the number of racing years that I’ve reached the middle of the race season and thought, “I’d really love to go do _________, but I have to stay ready for ________ bike race.” I have quelled that thought countless number of times- my heart lies in both adventure and in competition, so I’ve let the competition side win every time.

Next year will be something different.

In the world of training periodization, the post-season (what I talked about in my previous blog entry) would be considered taking a break. The Off-season is when you lay the foundation for pre-season and in-season training. Off-season training is often less specific (at least in the early phases). It often includes strength training and other sports that can build similar fitness to the demands of your sport (for example- if you’re a road cyclist, you probably wouldn’t make gymnastics or table tennis  your off-season sport for training, but you might mountain bike, run, hike, play soccer, or XC ski… things that require cardiovascular endurance that aren’t necessarily riding a road bike).

So, in the spirit of Phil Gaimon’s “Worst Retirement Ever,” I’m taking on the “Longest Off-Season Ever.” I have no plans other than to take on whatever the mountains call me into.

Ok, well, that’s sort of a lie. I have several things I want to do but that I’m leaving myself open to not doing if they just don’t work out:

-Bikepack my big regional loop that I failed on in September
-Summit all of the peaks >13k feet within that loop (human-powered only for the approach to them would be a bonus)
-Rainbow Trail in a day on bike (on or around the summer solstice, most likely)
-Rainbow Trail on foot in <30 hours

I’m not saying I won’t go to any bike races, running races, burro races, or the like. I’m just saying that my focus is going to be taking a year off from planning my outdoor activities around the goal of bike racing. I feel like I’ve always bike raced not just in the spirit of competition, but also in search of new trails and challenges. For me, that latter aspect of bike racing has died off. While there’s lots I haven’t done, I feel like my sample of racing successes are representative of some of the most challenging events in the sport. The first few that come to mind:
– Three seasons of NUE 100s, the middle season being totally singlespeed and still finishing 5th overall in the series for Pro Women (also finishing 5th overall in the 3rd season, but with a geared bike).
– Breck Epic 3x singlespeed, with 2x 2nd place finishes and 1 win.
– Dirty Kanza 200, 3rd overall woman
– Vapor Trail 125 win and “new” course record.

Races, no matter how difficult, technical, etc, are still required to stay within the confines of permits, emergency access, course marking/sweeping, aid station support, and general safety for their participants. I’m looking to take on feats of endurance that are outside of those confines. 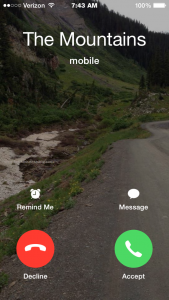 Now, for the “audience participation” part of the show. How do you want to watch this? Should I keep doing like I have with spotty blog posts and most frequent pictures on social media? Or, should I move forward into the increasing popularity of the YouTube Channel? All of those? At some point, Time becomes a factor (the infrequency of blog posts being example #1). I kinda feel like uploading a video blog might be easier. I’ve definitely videoed my thoughts while out on previous adventures only to delete them later for one reason or another.

Hit me up.  I’m here to entertain. You let me know the vehicle.