Aside from a little snow on Christmas Day, the Holiday season came and went with little fanfare. I did go for a quick Christmas day hike up Green Mountain. It’s close to my house, and gives you one of the coolest 360 degree views of Denver and the Front Range. 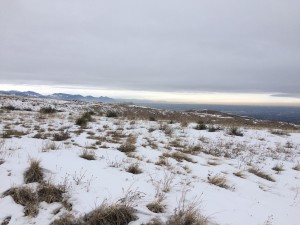 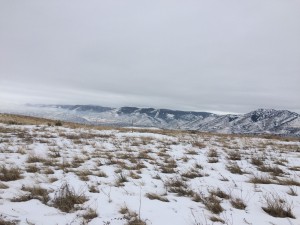 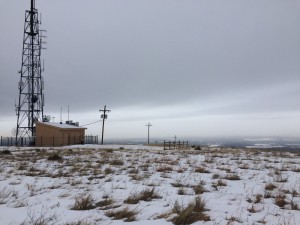 IPhone pictures don’t really do it justice, of course.

The couple of inches of snow on Christmas day were a good excuse to bundle up and go for another fatbike ride the day after Christmas. I rode it down the Ruby Hill Park sled hill as a bunch of kids cheered me on then hit the South Platte River Trail before the snowplows got there. 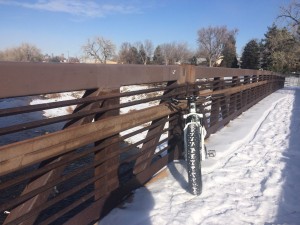 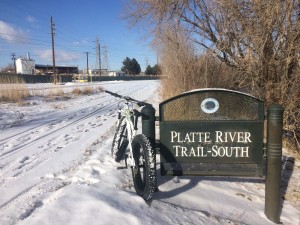 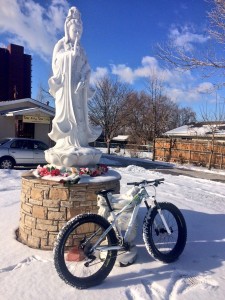 I’d love to take the fatbike to places other than the bike path… bringing me to the point of my post today. Since it got too cold to leave little old Indy out to wander the back yard, I can’t leave him alone for more than 2 or 3 hours at a time because he’s reached an age/level of dementia where he can’t go any longer without pottying on himself in his crate. It’s been hard… there are a couple of nearby winter bike races I’d love to go to and a lot of days where I’ve had the time and good weather to go up into the mountains and explore, but, in reality, Indy needs me more than I need to do those things.

It’s occasionally frustrating, but he’s been my best buddy for over 15.5 years now. I picked him out of the litter when he was the size of a gerbil and his eyes were still closed. I chose him over the others because, as I went through and picked each puppy up, he growled at me (a 2-week-old puppy growl is one of the most hilarious things I’ve ever heard, so I was immediately smitten). He’s been by my side through a lot of really difficult times in my life… more than any person I know. So, he’s 100% worth sacrificing a winter of adventures. I’ve got a lot more winters ahead of me, and he doesn’t. I owe it to him. 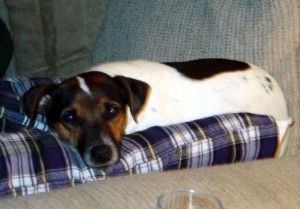 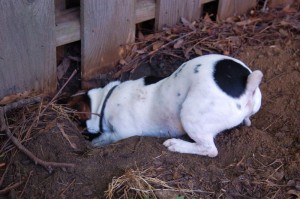 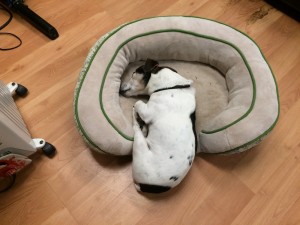 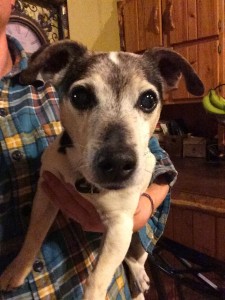 On a less “my eyes are feeling leaky” note, please visit your local bike shop. Your bike likely needs a tune-up,  and by bringing it in, you’re preventing boredom that leads to desperate activities such as mopping, campy shifter rebuilding, 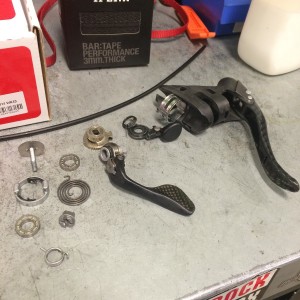 and whatever the hell Brian is doing here… 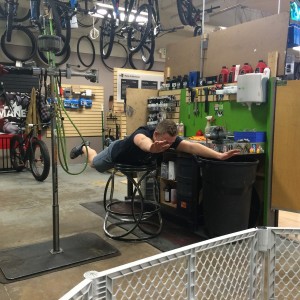 Oh yeah, and speaking of bike shops… everyone at mine got one of these at the company holiday party: 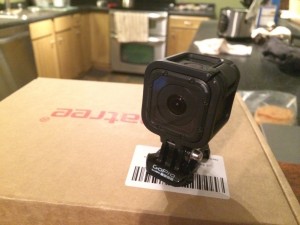 It will likely see the sidelines of the gym before it sees the trail. I’m having a blast training MMA again. It’s definitely helping to maintain some fitness while it’s cold/dark. 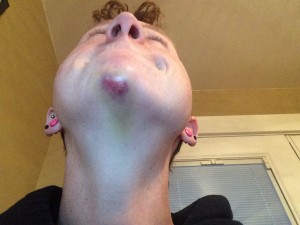 I have a lot of incredible training partners (one of which has an incredibly bony back that I hit my chin on when we were drilling takedowns/sprawls). Most of them are bigger and/or stronger than me, but I’m used to that from back when I started road biking and would go on the hammerfest group rides with the dudes who raced a lot. It was hard as hell, but it only made me better.
I’ve figured out that the hammering you get on a group ride is way more ego-driven than one you get with good training partners practicing MMA. On the bike, it’s very much wanting to inflict pain on your group-mates, drop people, and show off how much stronger you are than them. In the gym, when you’re doing it right, the goal is to make both you and your training partner better. You can train solo to be fast on a bike. You can’t train solo for combat sports, and you can’t improve very far past the ability of your training partner.

The saying at the gym is, “Together, we are stronger.” It’s a beautiful thing.

One thought on “Adventures on Hold”