The “fun” thing about not posting weekly-ish is that I get to empty interesting photos from my phone and try to string them together in a way that makes some sort of sense/entertainment for you, the reader.

I’ve been a little low on bike motivation for a while. Given Indy’s need for somewhat constant care, I’m not making any large race/travel plans for this summer. I’m not going to board him, and I don’t have the disposable income to pay for personalized dog sitting. So, I’m having to look to other places for opportunities to set goals for the upcoming year.

A couple of weeks ago I watched one of my coaches at the gym win the championship fight for his weight class… in 47 seconds. To see the outpouring of support from the other coaches and students at the gym was incredibly moving. I’m looking forward to trying out for the competition team in two weeks. A sizable portion of the tryout criteria is conditioning. So, I’m trying to get that in however I can, though being sick with two different colds in the span of three weeks sort of put a damper on that. 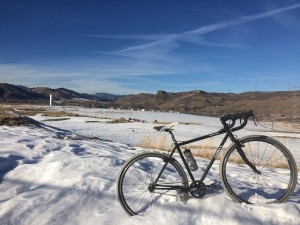 …and, of course, riding indoors. Get on, warm up, kill it, cool down. Boom- One hour and you’re done. 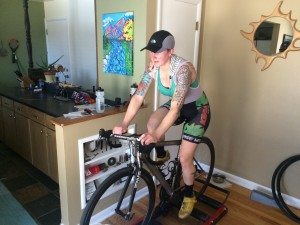 In the meantime, there’s a little bit of change going on with my work situation. 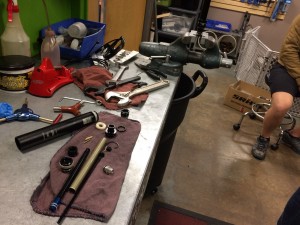 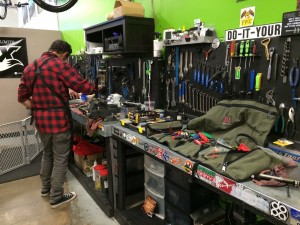 Once there was a barn dog named Hank (bear with me for just a minute. There’s a point to this story). He wasn’t overly affectionate, but he was cool with most people. For whatever reason, Hank hated me from day one. From the moment I pulled up in the barn parking lot, he would growl and bark and follow me around giving me the stink-eye. No amount of coaxing, squatting, avoiding eye contact, and offers of treats befriended him. Maybe I smelled/looked/sounded like someone who abused him. Maybe he didn’t like the sound of my car. No idea. Lord knows it wasn’t because I don’t love dogs. 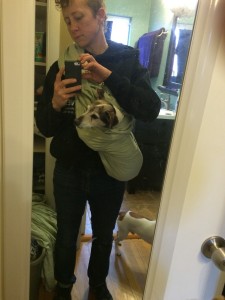 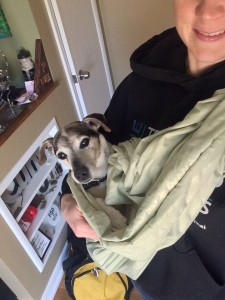 The service manager at the Highlands Ranch Elevation Cycles is a human Hank. Dave is an excellent mechanic, a highly skilled rider, and generally seems like an OK guy. Dave also dislikes me for, well, I have no idea why. So, I’ll spare you the gory details and just say that as of Wednesday, I requested to not work with him any more. Lucky for me, the shop Owner/Management is very understanding, and I very much enjoy the company of my coworkers at the other two shop locations, so I’ll be splitting time between the Downtown Denver and Boulder shops. I think Elevations is a great place, so I’m not going to let one unfriendable person out of a company full of nice people mess that up for me.

Having yesterday off actually turned out to be a really good thing for me. I was able to go to the 6:00 Jiu Jitsu class that I normally can’t go to because of work. It just so happened that it was belt testing/promotion night. I left with two more stripes on my belt than I came in with… 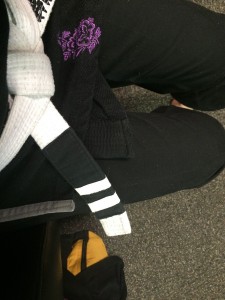 I know these guys would be proud. 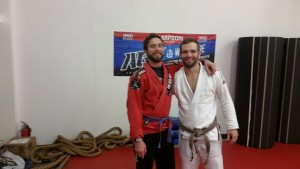 After the subsequent Muay Thai class, one of the long time students/coaches talked to me about her plans for getting a women’s sparring/training group together. She’s pretty badass, as are the other ladies that are on her short list for the group. I’m honored, for sure.

One thought on “Random Recap”