Sunday morning, I planned out a nice-sized ride from the hostel. The main goal was to ride ~10miles of the Rainbow Trail and then a lower-elevation, shorter trail called Little Rainbow back towards town. First, I walked to a local place for breakfast. 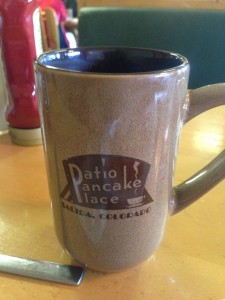 Yard art from the trip: 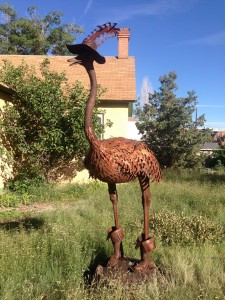 I rode the singlespeed, and the 32×21 was great until the very top of the initial climb up Bear Creek Rd, where I started to feel low on oxygen and had to hike a little. The first 6 miles or so were gorgeous and flowy bench-cut singletrack with occasional open overlooks before intersecting another forest road at a trailhead: 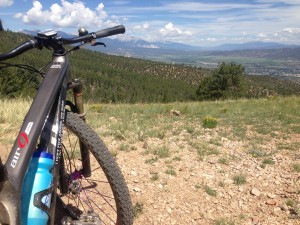 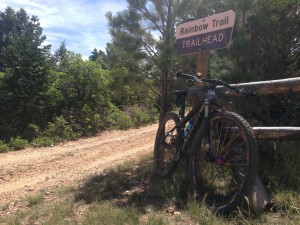 At that point, the trail jogged down the road a little (you can see on my route where there’s an “up” in the blue line where I thought incorrectly that maybe it jogged uphill). The next 3-4 miles of trail were much steeper and gravelly. I did a little more hike-a-bike before getting to the next intersection where I’d turn off to go to the Lower Rainbow trails: 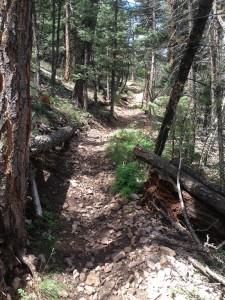 After a slightly hairy jeep road descent, I found the trail intersection and started down the next portion of trail. The lower rainbow was super flowy and nice as well. My only interruption was a heard of elk that exploded up the side of the mountain as I rounded a corner. As the retreated, they kicked rocks at me. No photos of the elk, but I got one of the “elk were here” sign: 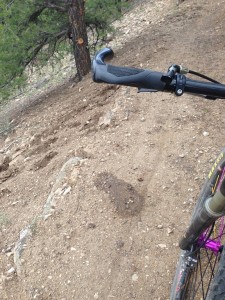 The rest of the trail was great, and, being mostly downhill, went by almost too quickly. Once I’d descended back into Salida, I stopped at the SubCulture bike shop to talk to the mechanic who’d given me some trail advice when I’d stopped by before. Over the past few rides, I’d determined that I didn’t want to keep the Niner Low-Top bars at their full 720mm width. Since I didn’t bring a saw guide and saw with me, I asked him to cut them down just a little (they’re about 705mm wide now). He did the most perfect on-bike cutting job I’ve seen, ever.

When I asked how much I owed him, he kinda shrugged his shoulders, so I told him I’d bring beer back after I cleaned up and got out to find lunch. Just my luck- the owner of the food truck parked next to the shop was in the store, and he’d mentioned some sort of amazing concoction of a chicken tamale, fried egg, and turkey chili (the mechanic, Raphael, said that the food was amazing, and that the guy fed the shop every day). Perfect timing, because about the time I was back with a 12-er of PBR (yes, even in the land of incredible microbrews, mechanics request PBR), I was hungry enough to gnaw my bars shorter.

And, the food was incredibly amazing, and perfectly satisfying for post-ride hunger: 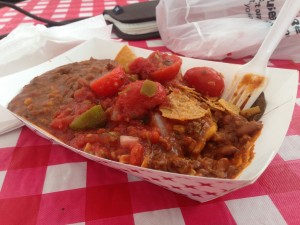 Raphael and his dog (not pictured- his girlfriend, Claire, also a singlespeeder. She was closing up shop and came over to give him ribbing about it later): 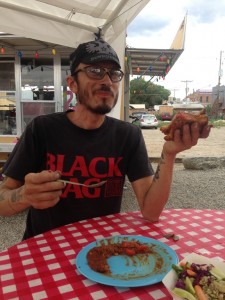 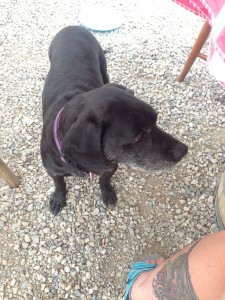 Random photo: desert was overpriced single-serve Haagen Dazs ice cream- For those of us with no self-control when it comes to ice-cream portion control… 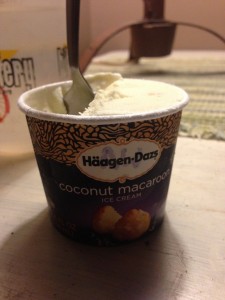 The next morning, I went and flat wore myself out on the city pump track. It’s likely the best-built one I’ve ever ridden. If you go to Salida, definitely don’t skip it. 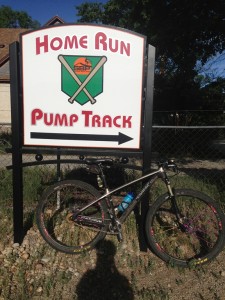 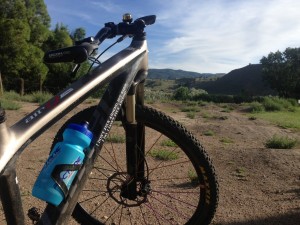 Once I was tired and sweaty, I headed back to pack up and get moving to Dolores. The verdict on Salida? I’ll definitely be back. I only scratched the surface of riding there, so I will have to visit again in the future (of great interest- an 80something mile trail ride that includes riding to the Monarch Crest trail on 4th of July).