Following my failed attempt at riding the “hard” part of the Vapor Trail course, I arrived back at the hostel to find that there was another CDT rider stopping in to take a break from the trail. It was a German woman who had actually started her journey in Montreal, Canada. 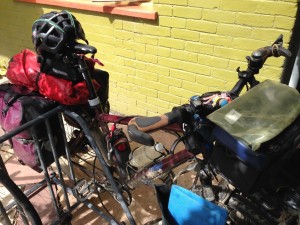 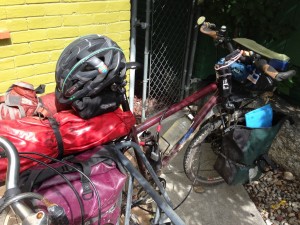 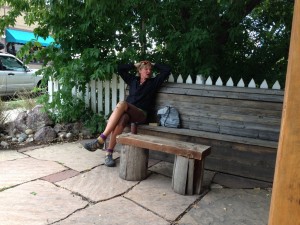 Once I was cleaned up and starting to get hungry, I walked to a nearby pizza restaurant with her and a hiker. I love sitting and listening to their stories from the trail… it’s one of my favorite things about hostel-ing in a trail town. Afterward, we went to the grocery store and picked up ice cream for later.
Over dinner, we briefly discussed my failed ride from the day. I lamented that in order to achieve my pre-ride goal of “not being above the treeline during afternoon storms” that I needed to get a ride to near where I’d turned around earlier. The dude who was out hiking the Colorado Trail offered to help… he had planned on hitch-hiking back to where he’d left off the trail to come to the hostel. That spot just so happened to be relatively close to where I’d finish my ride. So, we decided that we’d drive the element up to the Alpine Tunnel Trail, then I’d get out and ride, and he’d drive to the trailhead where he needed to get back on the trail. Perfect. 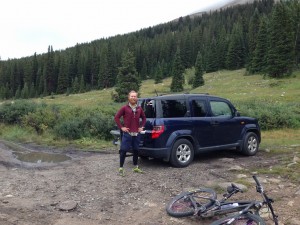 It was cold and cloudy when I started up the trail. The scenery was magnificent, though. Before I started the hike-a-bike to the pass, I took a few minutes to check out the site where the tunnel had gone through the mountain.. 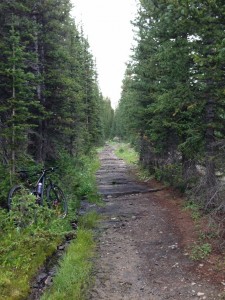 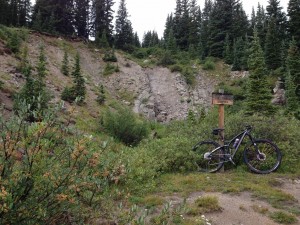 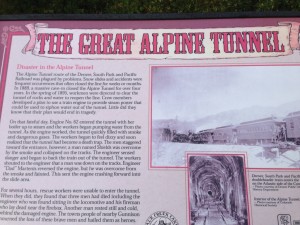 I then started the first (and easiest) hike-a-bike of the day up and over. I made a quick stop at the top for a photo before heading down. Most of the train station still remains on the other side of the pass. It was somewhat surreal in the fogginess. 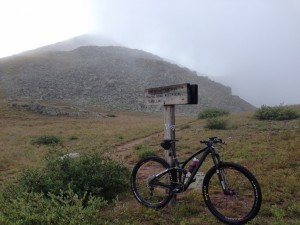 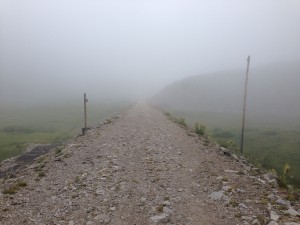 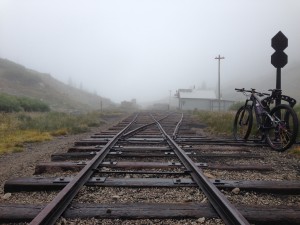 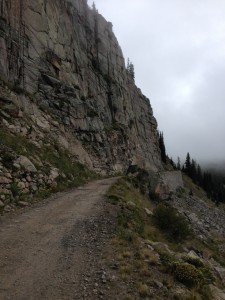 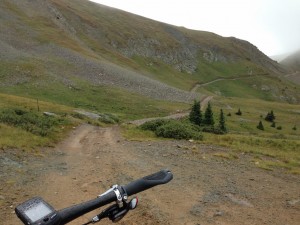 Soon the race course took a turn off the old railroad grade to go up and over Tomichi pass. It was intermittent granny gearing and hiking followed by a final push up and over the top. It was snowing up there. I was stoked. 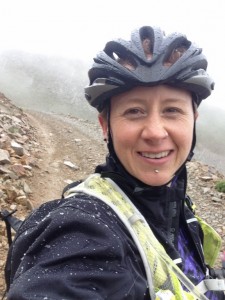 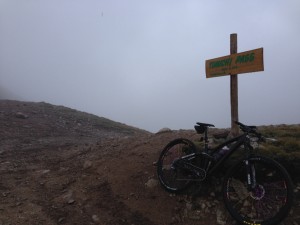 As soon as you cross that spot, there’s a short descent, then the real fun starts… the hike-a-bike that everyone talks about. It’s steep, almost all rocks, and goes on for about an hour. I sang “99 bottles of beer on the wall” in my head several times over before reaching the summit. 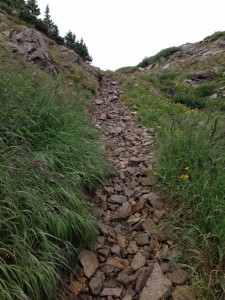 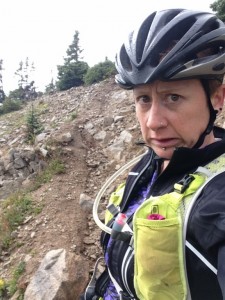 What follows is, at least during daylight hours, the reward for all the pushing. It’s a descent from over 12k feet to around 8k feet. The trail very quickly links in to a trail that’s open to motorcycles, and I found that the moto who had gone down not long before me (it was intermittently raining, and the tracks were super fresh) had taken excellent lines through all of the steep and rocky spots. I was able to “follow” him the whole way down. Dropper post central.

After one more short, steep, and sandy hike-a-bike, the trail dumped out on to a gravel road that meandered its way towards the final climb of the day- Old Monarch Pass. It was warm at the start, but about 3/4 of the way up, it was cold and raining. Like steady, soaking rain. Luckily I was mostly prepared. It would have been nice to have some more water resistant gloves. 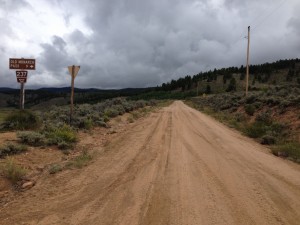 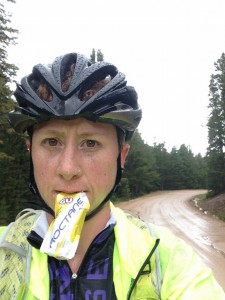 I’ll admit, the climb nearly crushed my soul. However, I eventually made it over the top and found the trail to take me to Highway 50. 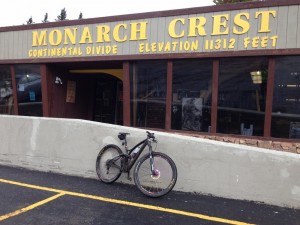 Once I was there, I put all of my extra clothes on, brushed the mud off of my tail light, and began the descent to the Fooses Creek Trailhead where my car was supposed to be parked. I averaged 40 mph for several minutes. I might have gone faster, but I basically pulled off at every side road to check and make sure it wasn’t where I needed to turn off. Eventually, I found it, and I was very happy. As soon as I was in to some dry clothes, I ate some leftover pizza and a ginger ale. 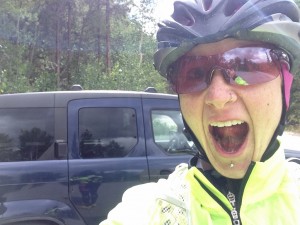 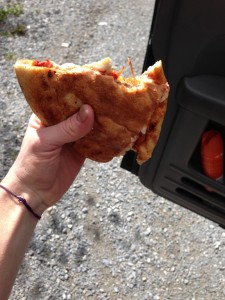 With the 20 clothing change stops and an equal number of photo opportunities, the entire outing took me about 6 hours and 45 minutes. I expect I won’t take quite as long on race day (er, night), but it won’t take much less time, either. I can say that, without a doubt, this qualifies as the most difficult course I’ve ever taken on- day or night.

Once I was in the car, I drove with the heat blasting almost all the way to Crested Butte. I’d planned a couple of nice rides there, but since the extra pre-ride day was so brutal, I decided that my first full day in CB would be dedicated to recovery and a little wrenching. Photos of that tomorrow, because today is ride day, and it’s time to go.